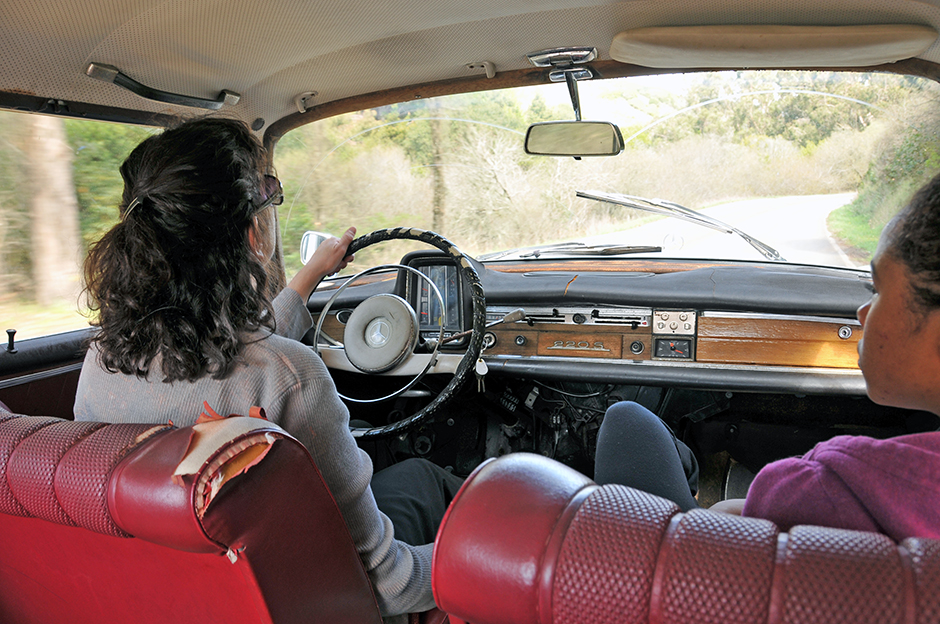 California’s tranquil Mill Valley must boast of one of the highest per capita green automobile ownership ratios in the country. A thoughtful and sophisticated suburb just north of the Golden Gate bridge, Mill Valley is often ahead of national trends for all things organic and green.

However, not all of Mill Valley’s residents are embracing the growing national trend toward hybrids and electrics: Massage therapist Joanne Carr relies on not one but two 220s fintails for her daily transportation. What gives? What about the scientist’s warnings, global warming, carbon footprints and shrinking ice caps?

Discouraged by unsolvable wiring problems with her cherished VW bug Carr found a salvage yard near San Fransisco’s ATT Park who would accept the unreliable VW. As she made her way into the grim junkyard to euthanize the bug, she passed an abandoned blue gray 220s “filling up with water” and just had to have a look, “I looked at it and said what is that, because it was beautiful.”

“After struggling with rocker arm, steering box, carburetor and brake issues – ‘Almost drove through the house a few times’ – the fin was back on the road.”

She’s a woman after our own heart. Smitten with the decrepit blue grey fin, the Mill Valley masseuse hadn’t figured on returning from the salvage yard with a car, particularly one that did not run. And so a tow truck deposited an orphan whose style was as excessively rectangular as the VW was round in her driveway. Quirky woman you say? There’s more.

Carr hadn’t herself in mind when she rescued the decaying fintail. Her 1969 VW Bus was still roadworthy and the fin was for her daughter to use, when she got her license… in 6 years. Yeah, Kendra was only 10. Why buy the car so early? Carr’s philosophy was clear, “When you want them they won’t be there. It’s like shopping for a dress. Of course I fell in love with it.” 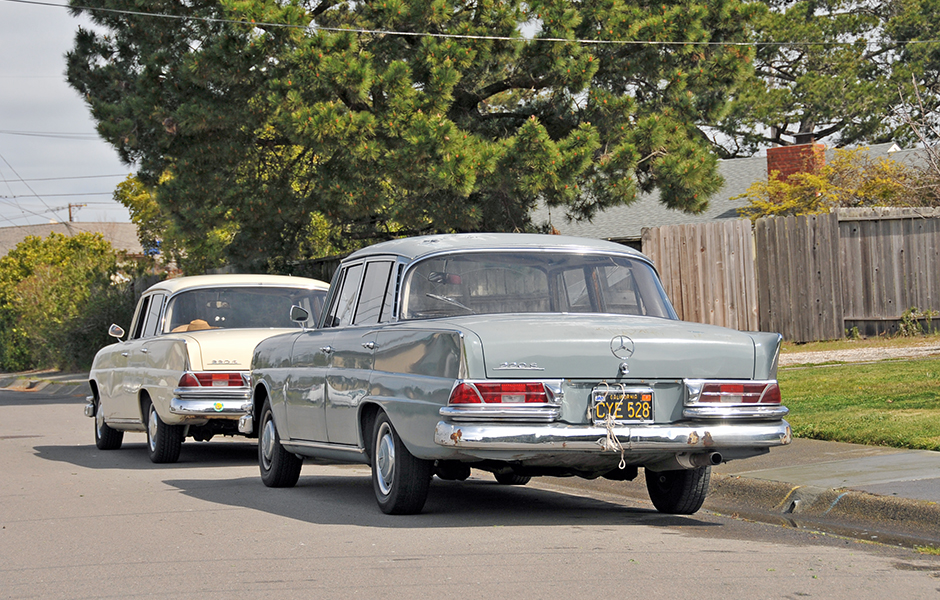 Unmoved by California’s rather ‘green’ Mill Valley neighborhood, Joanne Carr relies on not one but two fintails for daily transportation. Her weathered “finnies” provide quite a contrast to the neighborhood Hybrids.

Then there were two

Buying dead fintails is not something we recommend and had our friend from Mill Valley called us BEFORE the junkyard purchase we would have gently steered her toward a far better example. After struggling with rocker arm, steering box, carburetor and brake issues – “Almost drove through the house a few times” – the fin was back on the road. Carr doesn’t seem fazed with the mounting bills. Quite the contrary, she bought a second fintail, an ivory manual gearbox car, in January!

When does the now 14 year old Kendra get to drive her ‘finnie?” She already has. Mom finally relented to her pleadings earlier in the year for a drive that was cut short after passing a local police officer. A quick driver change after the officer turned around for a closer look avoided a big explanation from Mom.

Mom’s looking after the cars as best she can. She refinished the glovebox door wood during “boat night’ at the SF Dolphin club and is contemplating a Weber carb conversion. She’s sourced spare manuals and handbooks and extra interior wood for future upgrades. And she drives one of her cherished ‘finnies’ each day. These fins might send a few extra pounds of carbon skyward and shrink the ice cap a millimeter or two but mother and daughter are having a great experience together preserving a few cool ’60s Mercedes sedans. 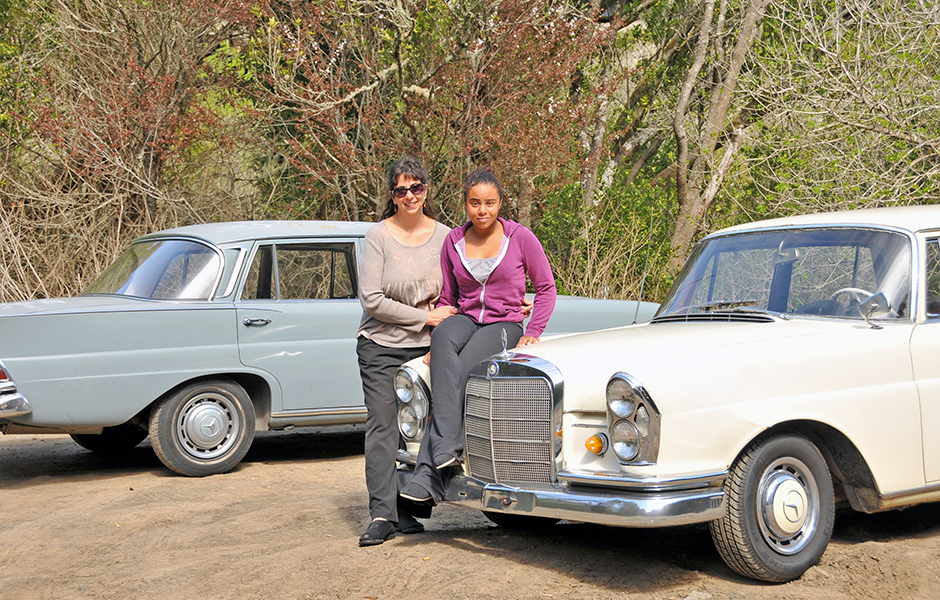 Mother and daughter with their cherished finnies. For now, 14 year old Kendra will have to sneak an occasional clandestine drive in her DB304 horizon blue 220S.