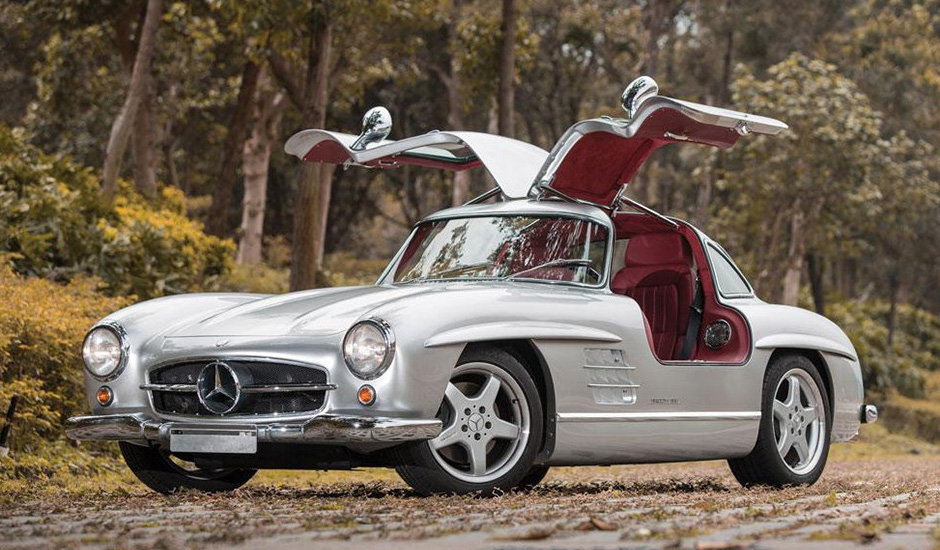 Here’s a conundrum most restoration shops won’t have to address; what is the proper response to a (stratospherically) wealthy individual who arrives at your door with the 125th 300SL constructed and wishes you to replace virtually every technical item underneath the iconic Gullwing coachwork with more current technology? Oh, and cost is simply of no consequence with this individual. Yes or no? AMG ‘s response was an emphatic yes, and they constructed no less than eleven such cars – including six for the Sultan of Brunei.

“Whilst the car looks largely identical to a “standard” 300 SL Gullwing, AMG took the time to make a number of subtle [sic] modifications to enhance the driving experience.” 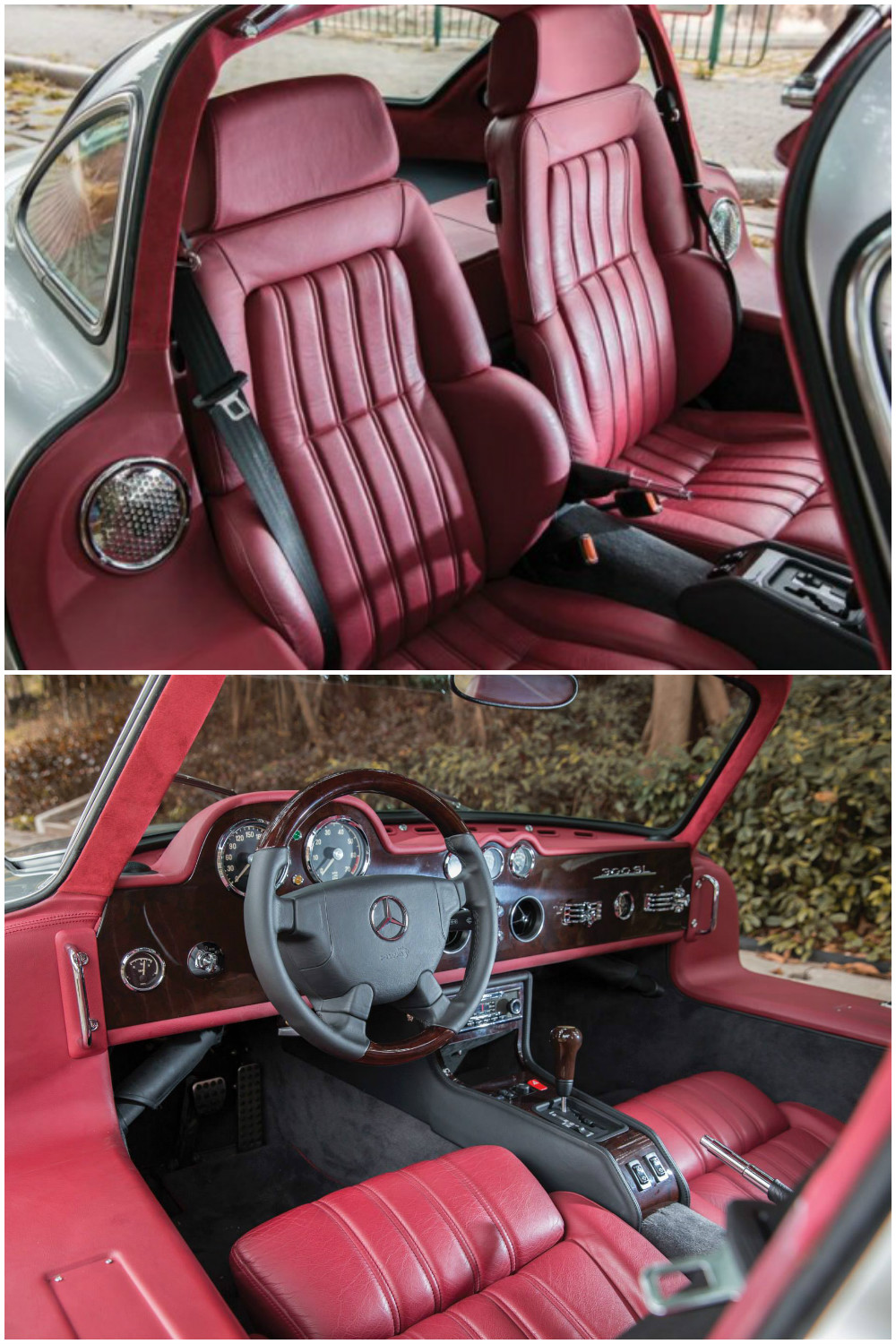 The automatic transmission is jarring as are the power seat switches and high back seats. The ’60s era Becker Europa is an odd addition. It’s all done rather well, however.

Five additional correct Gullwings were sacrificed for contemporary dynamics and fat cat luxury by owners willing to part with one million Euros. One such car flowed through RM’s Monaco auction last month with fairly spectacular results. The final price including buyer’s premium was just short of $1.1m, roughly what one can buy a presentable and correct “driver” GW nowadays.

In a final move to complete the total removal of 5400125s’ “Gullwingness,” and “swaddle the driver in sporting luxury,” the interior was finished off with a wooden dash reminiscent of that found in a 1976 Jaguar XJ6. These “drivers” need to be swaddled in some respect for the preservation of classic motorcars.

The result is numb, quick, comfortable and deplorable. The real indignity of this project is the fact this car has only been driven 300 miles since its completion in 2001. So, an original GW has been comprehensively disemboweled in the interest of driver comfort but never driven. Odd isn’t it?

However, like all things relating to W198 300SLs over the last five years, values are rising and these rare AMG resto-rods are no exception. One of the prior examples sold also by RM in London during their late 2009 auction bought $679k, hence RM’s latest sale reveals a serious 62% appreciation since 2009. Your thoughts? 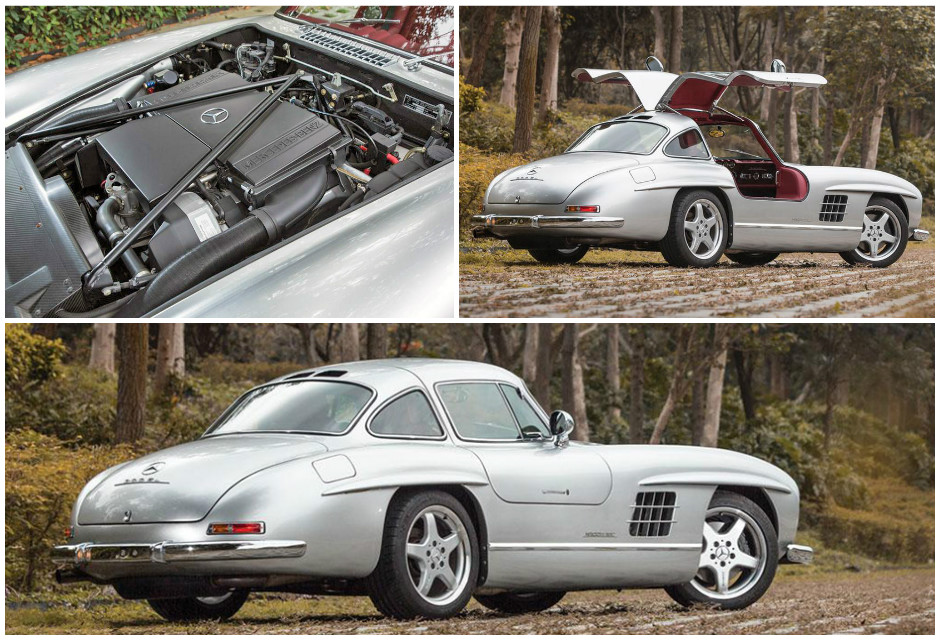 AMG Gullwing’s modern wheel and tire combination betrays an amalgam of modern off-the-shelf MB bits underneath. 360 HP four-cam V8 provides rather more urge then #125’s original 220 HP output. Original ID plate confirms this was once a proud original GW. While these modified cars are considered misguided by many, AMG’s craftsmanship can’t be faulted.