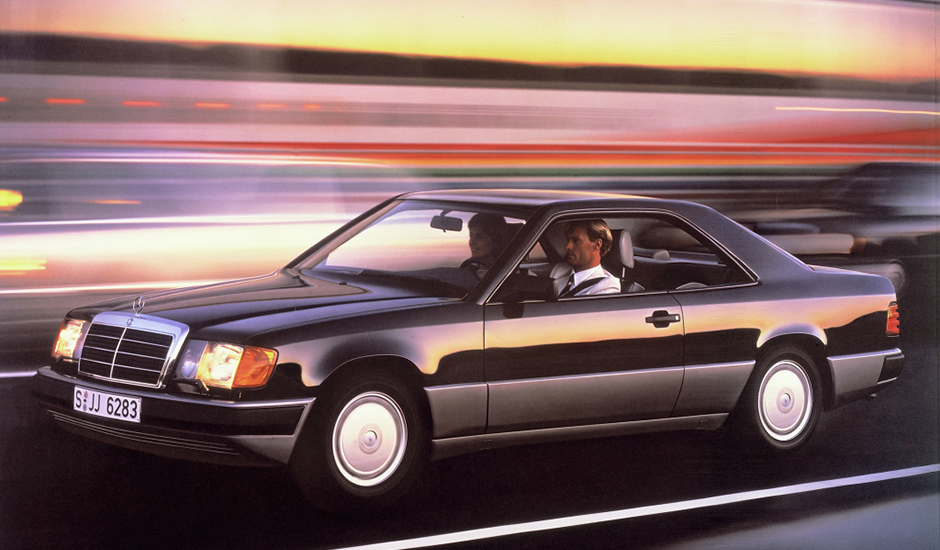 It was almost 30 years ago, in March 1987, that Mercedes-Benz brought out the coupé variant of the mid-sized 124 model series. This means that, from 2017, in Germany for example, the first vehicles will be ripe for the coveted H (historic) licence plate. Yet the coupé models have long been classics – for some aficionados, they have held that status since their very debut at the Geneva Motor Show in 1987.

Stuttgart. “The new coupés of the mid-sized Mercedes class a harmonious blend of exclusive form and powerful performance, ground-breaking technology, high safety and economy. The flair of the exceptional with the relaxing comfort of a vehicle that one drives every day and also uses on long journeys. The external lines: sporty elegance – distinct styling, perfectly designed in every detail.” This was how the first brochure from 1987 described the series 124 Mercedes-Benz coupé. Looked at today, these words are still appropriate. The only thing one might add is that these are precisely the characteristics that make the coupé a sought-after classic of the brand. 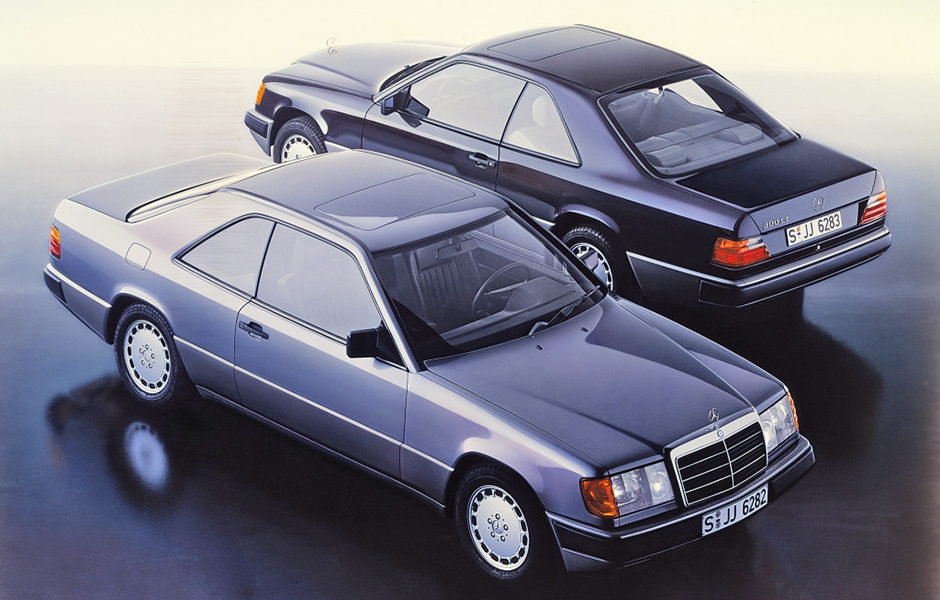 Then as now, the coupé has a lot going for it. One of its principal attributes is the design of the two-door models: elegant, distinctive and yet closely related to the other vehicles of the 124 model series. A characteristic design element that highlights the distinctiveness of the coupés in comparison with the other body variants is the rub strips with integral longitudinal door-sill panels. Positioned between the wheel cutouts on a level with the bumpers, they form the visual link between the front and rear aprons and, like these, are painted in contrasting colours.

Of course, the coupés also featured all the technical details of the saloon and estate variants, such as the high safety standard, sophisticated suspension and the (then already standard) closed-loop emission control system with three-way catalytic converter. The 300 CE even came as standard with an anti-lock braking system (ABS). The sum total of their characteristics has for many years made these vehicles sought-after young classics. The fact that they now qualify in Germany for the H (historic) licence plate even further ennobles the status of these vehicles as classics in that country.

In their further history, the coupés benefited from all the facelifts of the 124 model series. For instance, from 1989 they were optionally available with the “Sportline” package, which was already familiar from the compact models. Launched in the same year, the top-of-the-line model was the 300 CE-24, which was powered by a four-valve six-cylinder engine rated at 162 kW (220 hp). From June 1993, the model designations conformed to the new nomenclature with a prefixed letter to denote membership of the E-Class. The 320 CE thus became the E 320 Coupé. Over the years, there were various four- and six-cylinder engine variants. Launched in September 1993, the most potent coupé variant was the E 36 AMG, which was powered by a 195 kW (265 hp) 3.6-litre four-valve AMG engine. It was also one of the first models to be jointly developed by AMG and Mercedes-Benz after the two companies signed a cooperation agreement in 1990. In total, 141,498 units were manufactured of all series 124 coupés between 1987 and 1996 at the Sindelfingen plant. 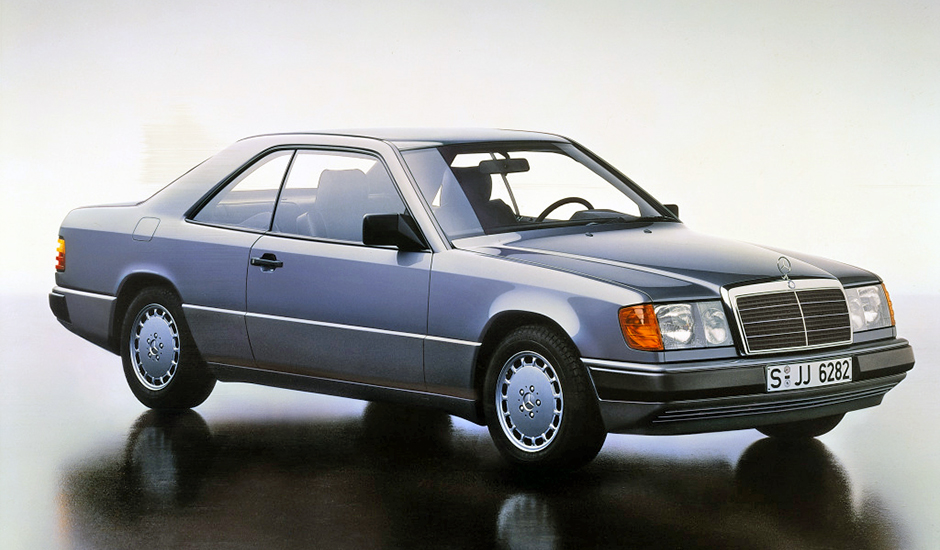