Aerodynamicist Baron Reinhard von Koenig-Fachsenfeld next to the Mercedes-Benz SSKL racing sports car with streamlined body for the Avus race in Berlin on 22 May 1932.

The SSKL, of which only a few were built in 1931, was a pure competition vehicle and signaled the crowning end of the development of the Mercedes-Benz S series (W 06) with models S, SS and SSK. Aerodynamics specialist Baron Reinhard von Koenig-Fachsenfeld designed a streamlined body for the SSKL to be driven by racing driver Manfred von Brauchitsch.

The SSKL project was implemented with a tight schedule: after much research and preliminary planning.

The body was made of light alloy metal by Vetter in Cannstatt and mounted on von Brauchitschʼs car. At the Avus race in May 1932, the modification had an overwhelming effect: the streamlined Avus racing car had 25 per cent less drag than a standard SSKL, giving it an increased top speed that was 20 km/h higher than usual. Manfred von Brauchitsch won the race in the futuristic looking car ahead of the previous yearʼs winner, Rudolf Caracciola. Mercedes-Benz Classic presented an authentic reconstruction of the car, the original of which no longer exists, to the public for the first time at the 2019 Goodwood Festival of Speed. 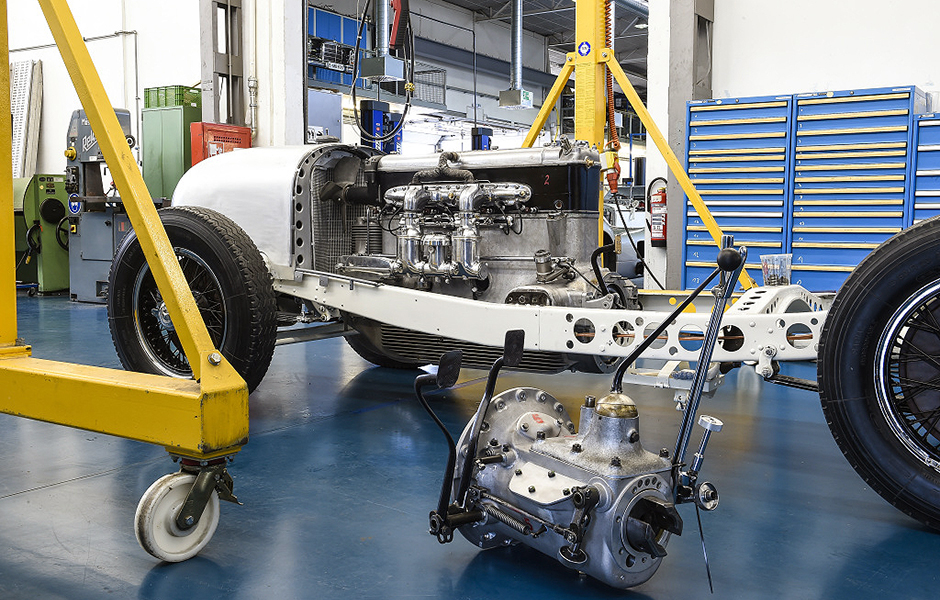 On 22 May 1932, Manfred von Brauchitsch won the Avus race decisively in Berlin in the aerodynamically optimised Mercedes-Benz SSKL. In doing so, he set a class world record with an average speed of 194,4 km/h over a distance of 200 kilometres. In 2019, Mercedes-Benz Classic rebuilt the car to a high standard of historical authenticity, presenting it for the first time at the Goodwood Festival of Speed.

To mark the 125th anniversary of its involvement in motorsports, Mercedes-Benz Classic and Mercedes-AMG are sending some of their finest jewels to the Goodwood Festival of Speed (4 to 7 July 2019). One very special gem: the revolutionary 1932 Avus racing car with its streamlined body. This reconstructed vehicle will be presented to the public here for the first time.
Stuttgart.

This “silvery arrow” offers a sensational insight into the history of Mercedes-Benz motorsports and the legendary Avus victory by racing driver Manfred von Brauchitsch on 22 May 1932: the streamlined body, designed by aerodynamics pioneer Reinhard von Koenig-Fachsenfeld (1899 to 1992), hugs the chassis of this powerful Mercedes-Benz SSKL supercharged racing car.

At the 2019 Goodwood Festival of Speed, the SSKL, built by Mercedes-Benz Classic to a high standard of historical authenticity, celebrates its world premiere and is, as a result, a highlight of this high-ranking international event of sporting mobility culture. The car was faithfully reconstructed according to the original plans 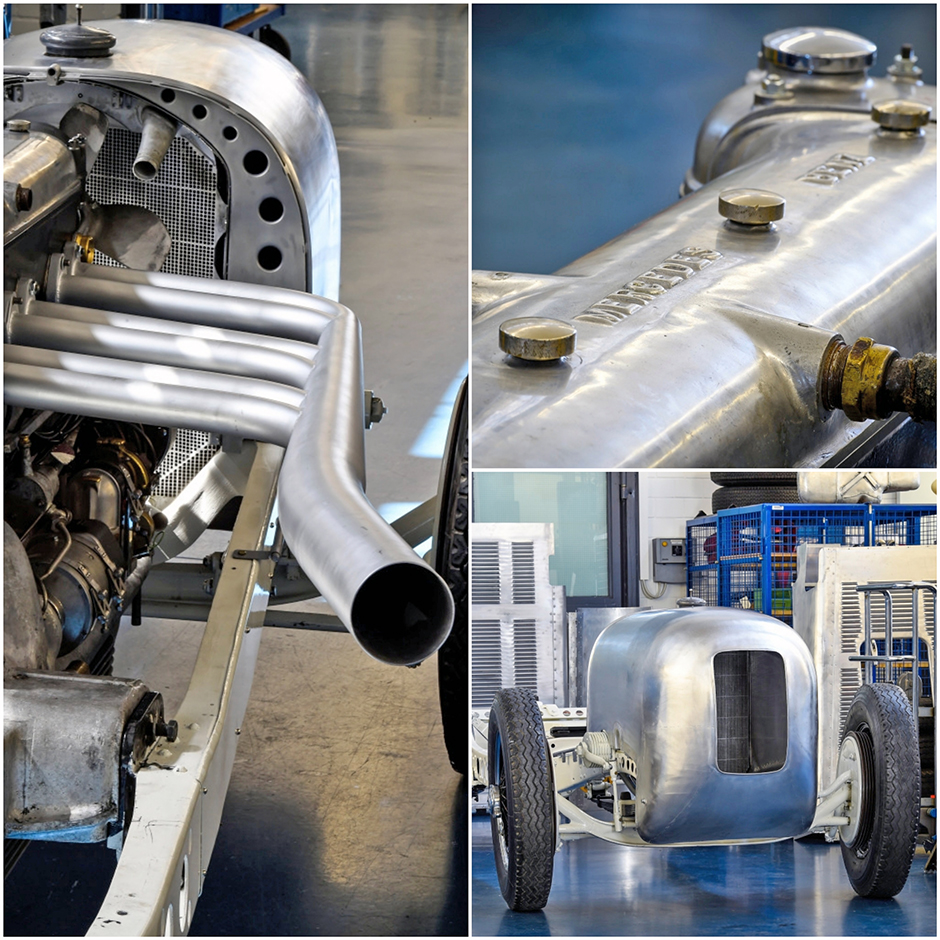 Replicating the comparatively crude period construction quality was part of the process of giving the SSKL an authentic look. Perfect coach work was not a priority. Seven liter inline 6 cylinder was good for 220HP in unsupercharged form. The car touched 146 MPH at AVUS.

Drilled SSKL lightening holes in the chassis in line with the original drawings helped to make the SSK, which was used as the base model, 125 kg lighter. Complete reconstruction of the streamlined bodywork according to historical documents. For this purpose, the experts researched the archives of Mercedes-Benz Classic and those at Schloss Fachsenfeld, which the engineer and inventor Reinhard von Koenig-Fachsenfeld transferred to a foundation in 1982.

The SSKL project was implemented with a tight schedule: after much research and preliminary planning, actual work on the vehicle began in January 2019. At the Goodwood Festival of Speed in July 2019, the Avus racing car was on show as a static exhibit. Over the course of 2019, Mercedes-Benz Classic will prepare the SSKL for on-the-track driving action.