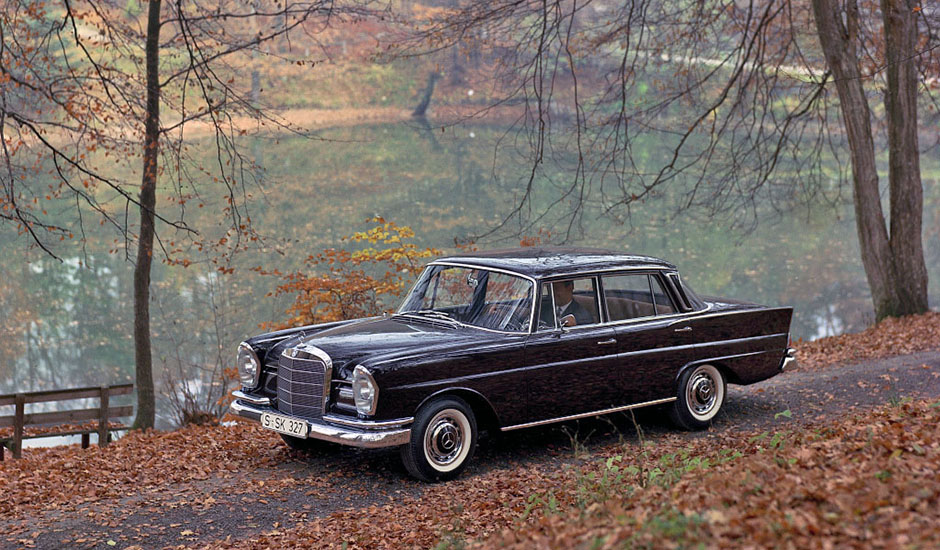 In a rare instance of bowing to a styling trend from the other side of the Atlantic, Mercedes’ second iteration of the S-Class was remarkable for shyly presenting a pair of stunted tailfins. This is a 220S fitted with Euro style headlamps. The new Fin’s build quality was exceptional as was driver and passenger comfort and visibility. It was the first MB platform incorporating defined crushable unit body sections.

Encouraged by strong Ponton S-Class sales of 57,253 sold (55,279 220S/1,974 220SE) between 1956-1959, Mercedes’ next act for the S-Class was focused on capturing an increased share of the newly prosperous motoring public both at home and abroad as the ’60s unfolded. The Ponton’s decidedly rounded ’50s design would give way to a second generation S-class which offered a style not entirely consistent with the firm’s teutonic design sensibilities and one highly influenced by North American tastes. The design studio headed by Karl Wilfert managed to pay homage to the tail fins so idolized by America in the latter 50’s yet retain Mercedes’ globally recognizable face and functional overall design ethos. Restraint, a trait studiously overlooked in Detroit at the time, was the key and the resulting new sedan was lower, wider and dare we say, moderately chic.

Light years ahead of the Ponton on all fronts, the ‘Fintails’ as they would soon be known became exceptionally durable and enjoyable sedans for the S-Class buyer of the early ’60s. The platform was groundbreaking and featured: 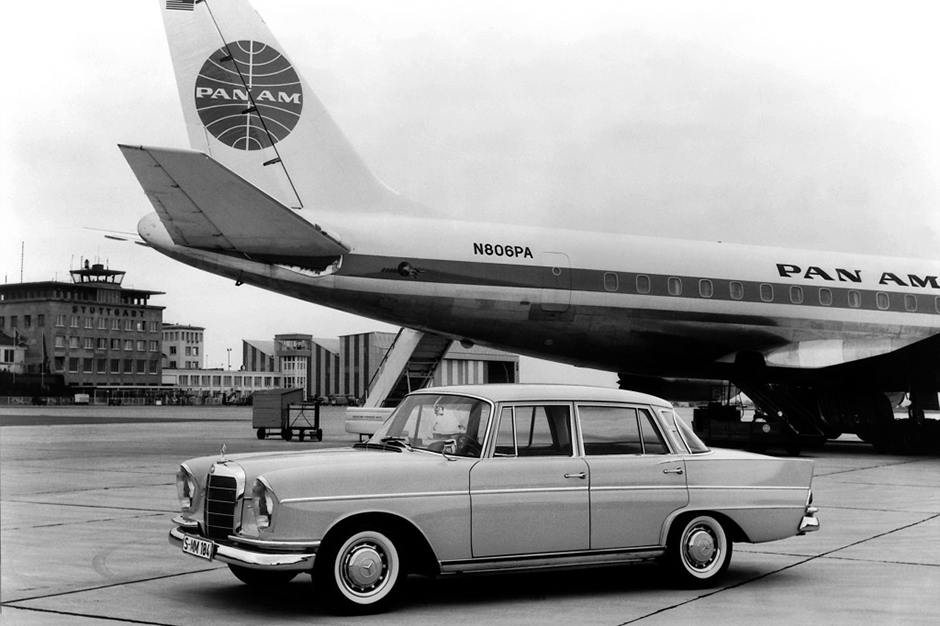 Two “Fintails” although one rather more efficient at flying than the other. North America’s fascination with jet travel blossomed in the ’50s. Mercedes realized they were slightly late to the game and thankfully clipped the fintail’s wings accordingly. Whitewalls on this 220S likely indicate a US model. Front disc brakes would arrive in April 1962. 13″ wheels were were obsolete from the moment the car was offered.

Replacing the stately 300d Adenauer in 1961 required a serious move up market for the Fintail and resulted in the sumptuous 300SE/SEL. To the casual observer the new flagship sedan was a dressed up 220SE but the improvements were far deeper that. Filling the gap between the outgoing 300d and the upcoming automotive masterpiece, the 600 Grosser, required a very special specification indeed. As with the Adenauer before it, the opulent new 300SE/SEL was a diplomatic favorite and could be found in many an embassy garage. Queen Juliana of the Netherlands favored one of just a handful of the long wheelbase 300SEs equipped with a divider window. Carrying the 112 type designation, these lovely sedans were rather exotic for their time and formed the basis for a successful production sedan racing campaign. In addition to the heavily adorned coachwork the 300SE also featured: 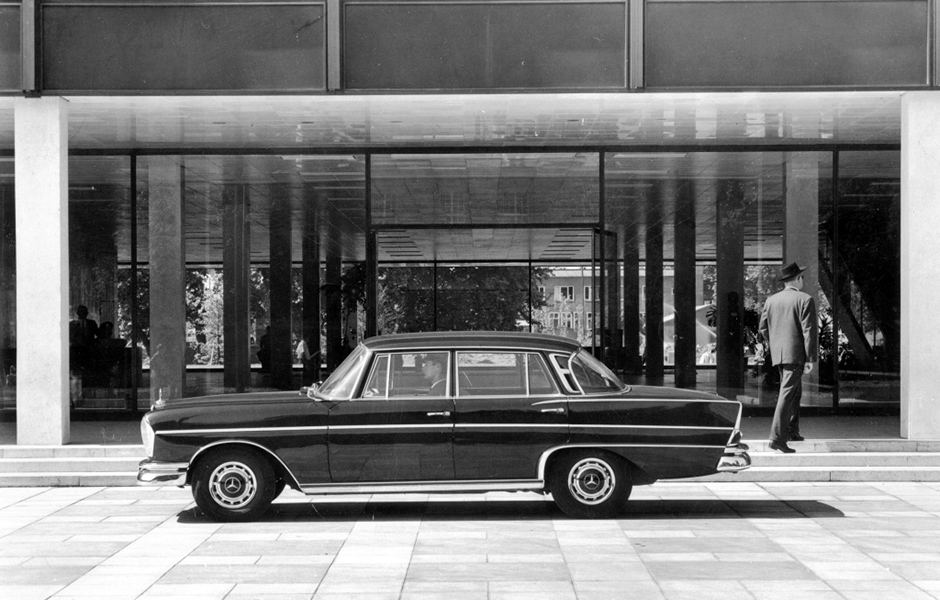 Production of the 220S/SE and the 300SE sedans ceased in 1965 as the next generation S-Class neared production. A final fintail S model, the 230S, arrived in 1965 and was offered through 1968, overlapping the arrival of the next iteration of the luxurious S-class in 1966, the 108 series.

The 108 sedans would become the first truly distinct ‘S’ class whose prestige was not compromised by having to share its platform with down market, stripped, gasoline 4 cylinders and diesels. The quirky Fintail S models acquitted themselves exceptionally well and found a massive 275,060 new owners from 1959 through 1968. Interest today in fine examples of S-Class Fins is gradually rising as enthusiasts begin to appreciate the model’s superb build quality, driving comfort and unique styling. And they are still one of the most affordable collectible MB S-Models.