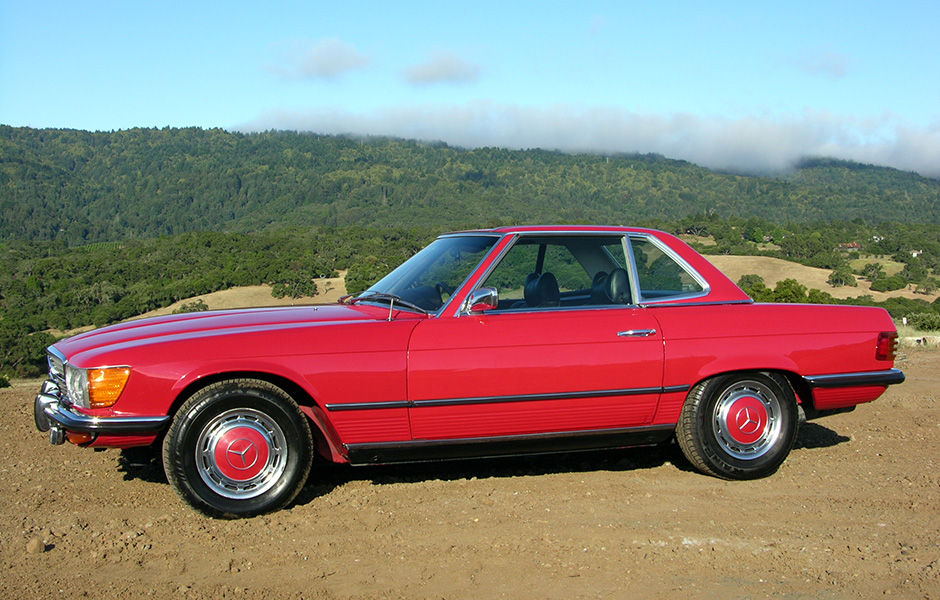 Octane Magazine, Europe’s premier collector car magazine recently published its “Smart Buys” for 2010 list. The list was intended to alert astute buyers of currently undervalued classics. Number one position was occupied by Ferrari’s 550 Maranello (no quibbling on this choice from your editor as I owned one few years back – an absolutely brilliant car.) The list went on and covered among others, Aston Martin’s V8 Virage (I vastly enjoyed my 1992 5-spd), Porsche’s early 911 Turbos (yup, had a 15k mile bone stock 1976 in the ’90s), but squeaking in at number 10 was the R107 SL.

Including the often overlooked 1971-1989 SLs in this privileged group is long overdue. We’ve been touting this era of SL’s virtues for some years, particularly the early small bumper US cars and the 560SLs that finished the era in the US. These cars have caught the eye of Laurence Sayers Gillan of Barons auctions in UK: “Pagoda SLs have gone through the roof, but the next generation SLs bear a family kinship at very affordable prices.” I’ll second that. Pagodas are charmers but can be unnerving at speed and have become very expensive. 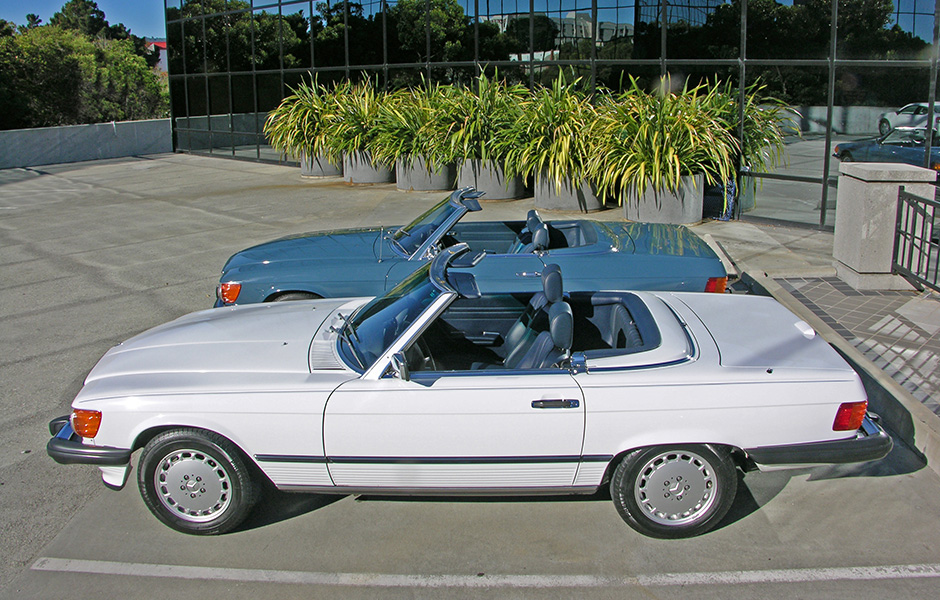 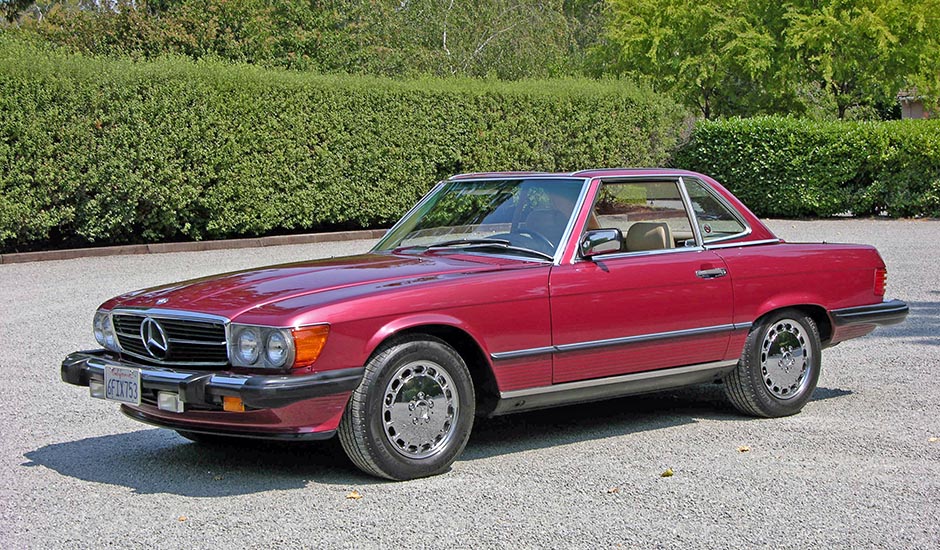 Brawny end-of-series 560SL incorporates all that was learned during unusually long 107 production period. Europe’s 500SL mirrored our US 560SLs performance albeit without obtrusive 5mph bumpers. This is a 1989 finished in the rare Garnet. Chrome alloys were never offered from the factory but were often fitted at the dealership level.

A well prepared early Euro 350SL 4-speed will outperform a 280SL Pagoda all day and do it in a more refined and relaxed manner. The facts were presented in my article “Looking for the next collectible SL.” Gillan likes the Euro 300SL for its low cost of operation and capable handling. However, Euro 1985-1989 300Sls are virtually non-existent in the US. I’ve owned only one and did feel it was a relaxed, agile cruiser.

What an interesting development; the old 107 SL taking its place among Europe’s exotica as the most affordable “Smart Buy” of the bunch. Don’t rush out and buy the first shiny 350/350/560SL you see. Do your home work. Most of the cars offered for sale in the US are horrible old cars with massive reconditioning costs looming. Do your homework and have a look at the massive section devoted to evaluating the 107 cars in our SL Research Database. You won’t regret it. 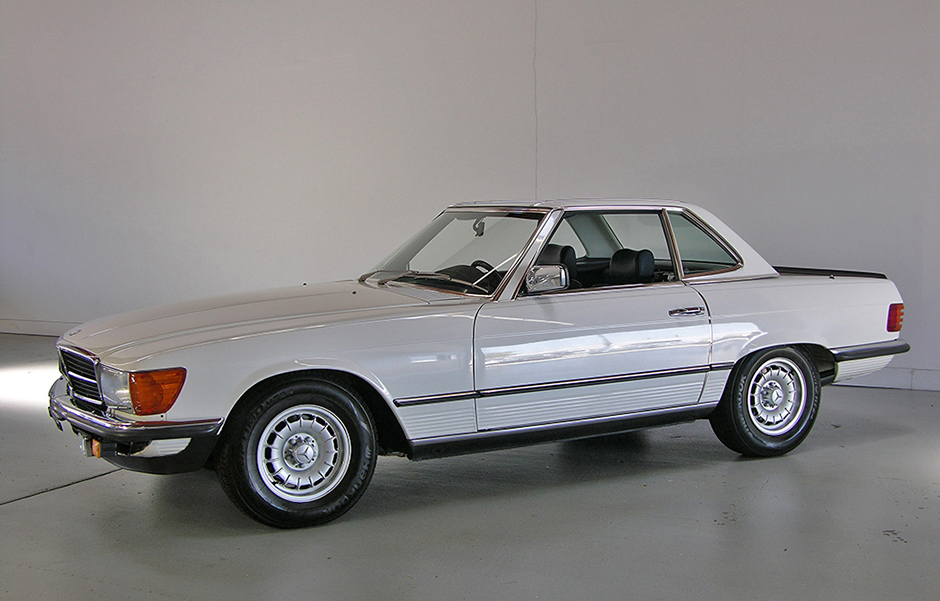 Euro only 500SLs are fairly rare in the US. A healthy 500SL is an excellent alternative to the US 560SL. Small original design bumpers and euro headlamps complete a clean and purposeful look.