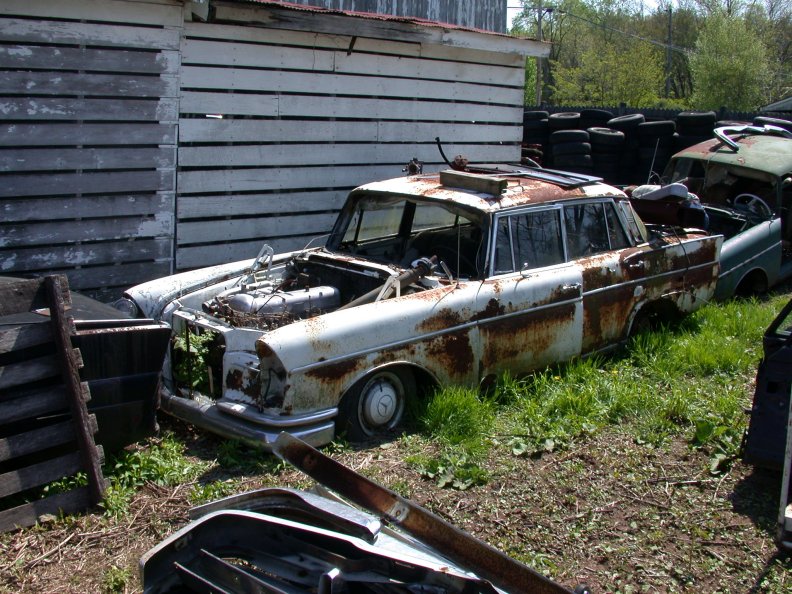 This is a common sight across the United States: a Mercedes fintal decaying back to the earth. This is one of only 5,202 300SE sedans constructed. The chrome molding running the length of the body’s beltline it the tipoff as is the sagging air suspension. A keen eye will also spot the large cam cover of the 160hp M189 engine.

As we search the United States for unique vintage Mercedes-Benz, one recurring discovery is the vast number of sad looking 110/111 sedans, also known as the ‘Fintails.’ From California to Oregon to Ohio, there is no shortage of baked and moldy fins. What’s the deal?

Production numbers have much to do with so many owners consigning their fins to rot in the back yard. Summing the total production of the many fintail iterations reveals 774,847 110/111 sedans constructed from 1959-1968. With this massive production, values will remain very low and when fintails require moderate to significant reconditioning, many are simply pushed aside to die.

We’re fans of the quirky fintail. And I confess to having found a intact 300SE with a sunroof languishing in a barn about 4 hours from the MercedesHeritage.com headquarters. It’s a tempting project but quite likely financial suicide… 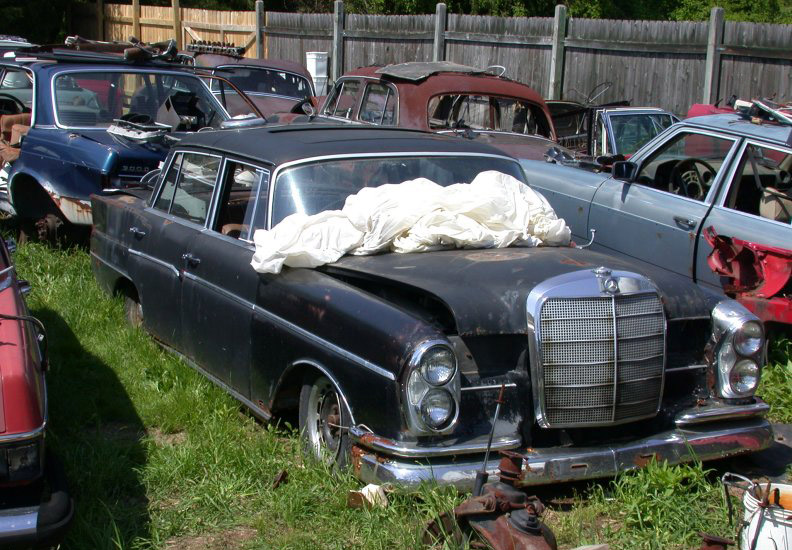 Oh my, another grand 300SE slowly dying. What a pity. This car is fitted with a sunroof and seems to be an original 040 black car. In its day, a long wheelbase 300 SE sedan was the transport of choice for international dignitaries, movie stars and titans of industry. Will this car ever return to the road? 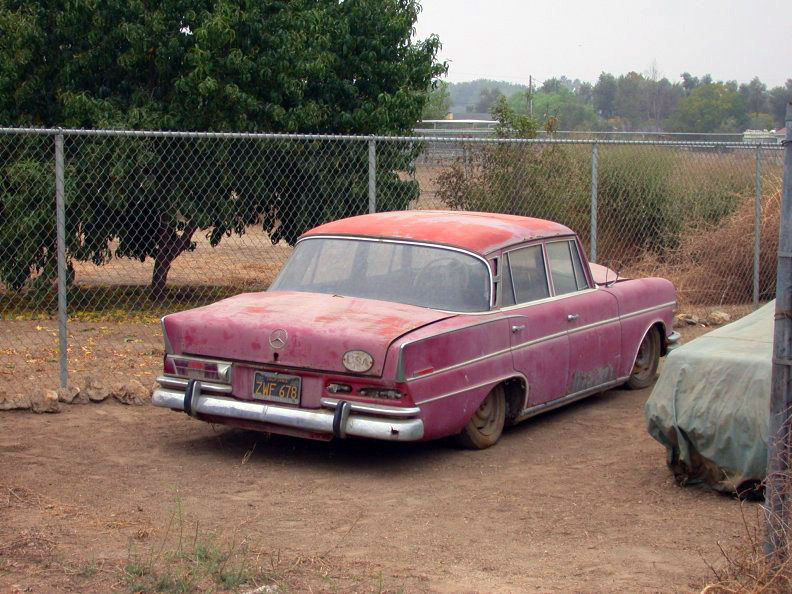 How about a black license plate California 300SE in 519 red? This car looks fairly intact. With restoration costs far exceeding the market value of a finished car, this 300SE will likely die the slow death of a parts car. 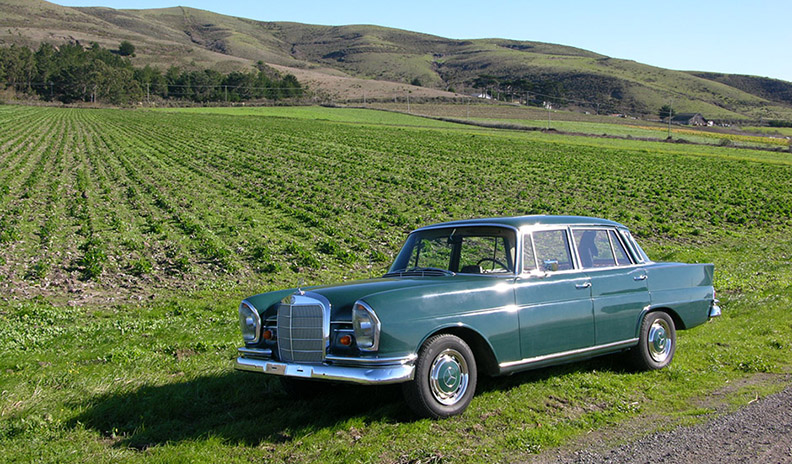 Not all fins are decaying. This is the author’s spectacular original paint 1967 230S. Modified for mild tour and event use, the 268 green sedan received 14″ 280sL wheels/wheel covers, lowered suspension, a lovely Nardi steering wheel and European headlights. After a massive technical rebuild, it was used day to day for over a year before selling to the Netherlands at a $10k loss!

Recommended Reading:
The Mercedes-Benz since 1945, Volume 2: The 1960s by James Taylor