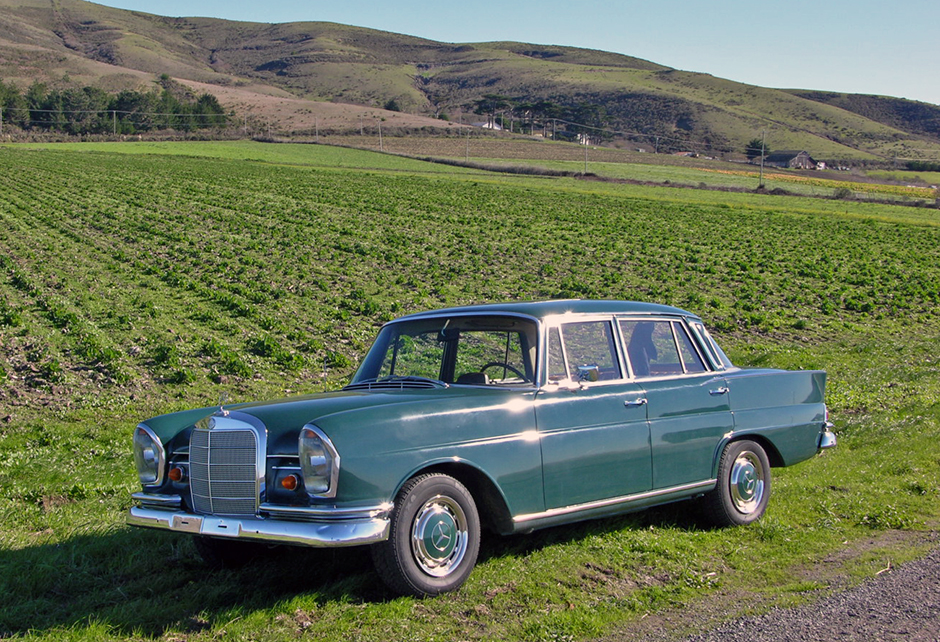 Roomy, quirky and hip. A well sorted fin is an enjoyable driver…

February 16, 2007
According to several of its senior officers, Daimler-Benz essentially “ceased to exist” in the aftermath of World War II, building just 214 cars in 1946. By 1959, however, the company had clawed its way back to prominence on the shoulders of iconic products such as its “Ponton” sedans and the SL roadsters. That year, 108,440 Mercedes-Benzes rolled off assembly lines.

The “Fintail” sedans–a nickname given for the vestigial fins perched atop the car’s rear fenders–were the next chapter in the company’s spectacular resurrection. Often overlooked by today’s collectors, the Fintails nevertheless set the stage for Mercedes-Benz’ emergence as the premier imported luxury-sedan manufacturer of the 1970s.

The first Fintails wore familiar 220, 220S, and 220SE badging. (The E stood for Einspritzung–fuel injection–while S signified the top-level models.) Powered by a carryover 2.2-liter in-line six (105 hp to 134 hp), they used much of the same chassis technology as their forebears, the Ponton-series 220s. Numerous revisions, however, including relocating the front dampers farther outboard and swiping the 300SL’s transverse coil spring for the swing-axle rear, gave the Fintails groundbreaking handling abilities on par with some of the world’s better sports cars.

“Even the widely panned vertical speedometer was believed to be safer; contemporary safety experts felt that the design heightened a driver’s feeling of danger as the needle rose toward the top.”

For 1962, the Fintail lineup expanded at both ends with the 190 and the 300SE. While the new four-cylinder 190 and its 190D diesel twin were simple, entry-level models, the185-hp 300SE was an engineering juggernaut. The most powerful Fintail was fitted with an air suspension, power steering, and four-wheel power disc brakes as standard. A four-speed automatic gearbox became standard in 1963. The air suspension delivered unparalleled comfort and agility but ultimately proved unreliable, and 300SE buyers today should expect pricey–and frequent–repairs. 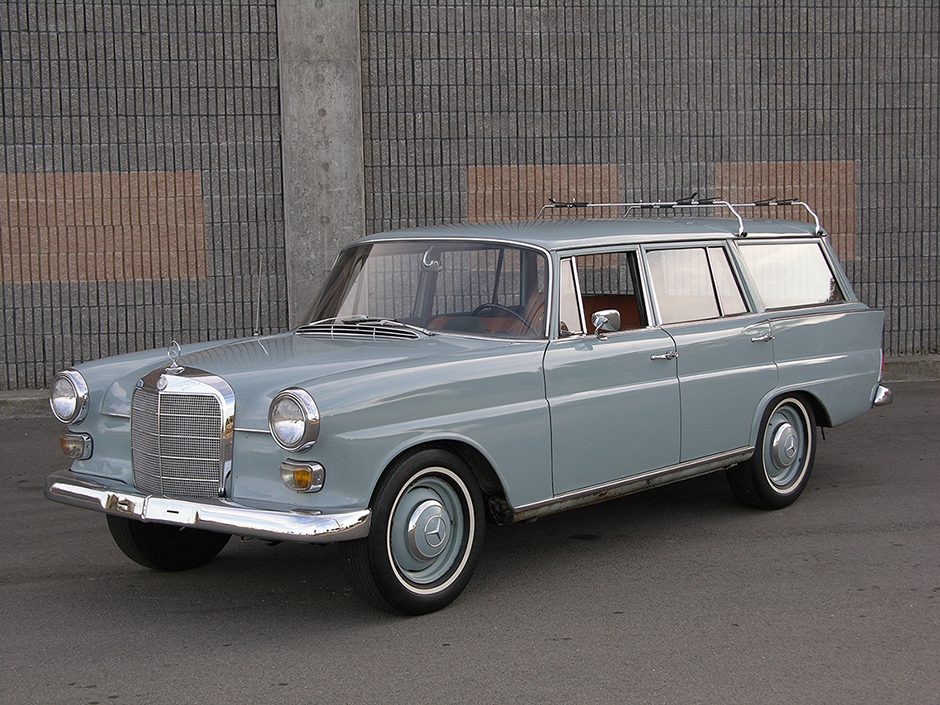 The Fintails’ importance to Mercedes-Benz cannot be overstated. They were the first in a long line of supremely capable Mercedes sedans–a tradition that continues today–and they’re even more notable for their emphasis on safety at a time when occupant welfare generally wasn’t a high priority. The Fintails were the first Mercedes-Benzes to have been extensively crash-tested, and they also incorporated front and rear crumple zones. The steering wheel and dash top were padded, the windshield was designed to pop out if struck from the inside, the rearview mirror was breakaway, and all switches were made from flexible materials. Even the widely panned vertical speedometer was believed to be safer; contemporary safety experts felt that the design heightened a driver’s feeling of danger as the needle rose toward the top.

Scoffed at as a ploy to appeal to Americans (which it was), the befinned sheetmetal now seems retro-nerdy cool. Fintails are fun to drive, the sixes love to play at the top end of the tach–so look for a manual–and the entire car was built to last. And they’re affordable. In top-notch condition, the priciest examples (early 220SEs) command $20,000 to $25,000, but decent drivers can be nabbed for $5000 or less, regardless of options, engine, or year. Not bad for such a notable piece of Mercedes-Benz history.

WHAT TO PAY: Driveable “Fintail” sedans are available for as little as $2500. Perfect examples of the most desirable models can cost ten times as much.