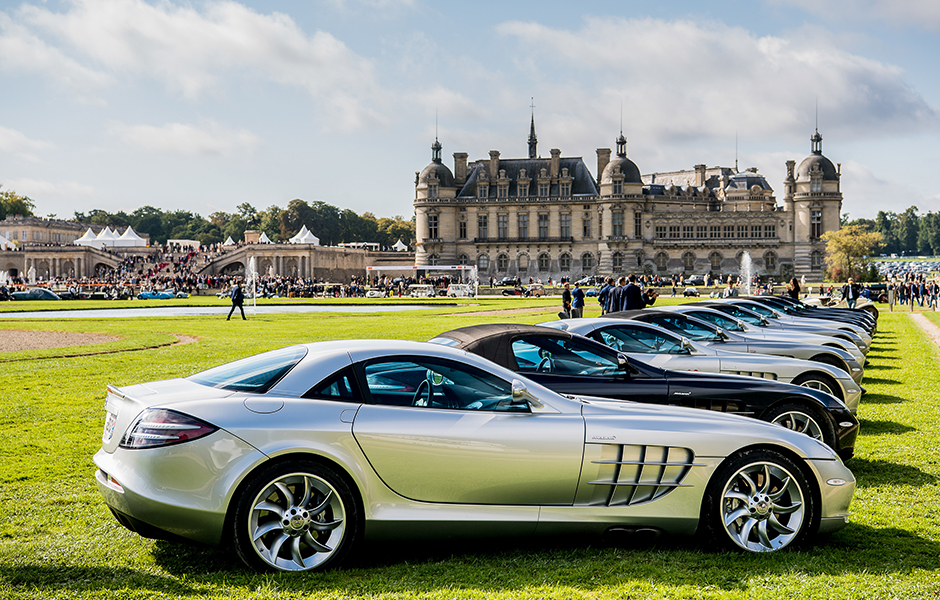 Dream cars in front of a spectacular setting: Members of the newly founded SLR CLUB presented their cars at the Chantilly Arts & Elegance Richard Mille 2017 which took place around the 16th century Chantilly castle in France.

The opportunity to come together to experience and enjoy the appeal of the exclusive Mercedes-Benz SLR family of vehicles is being offered to all owners of a model series 199 super sports car through the new SLR Club. The club’s inaugural meeting took place at this year’s Chantilly Arts & Elegance Richard Mille, at which Mercedes-Benz also showcased the 1999 Vision SLR. The SLR Club is set to become an official Mercedes-Benz brand club in 2018. ALL TIME STARS, the Mercedes-Benz Classic dealership, is currently offering a rare opportunity to acquire an SLR McLaren 722 S Roadster (R 199).

Stuttgart. The new SLR Club picked a suitably auspicious occasion for its inaugural meeting on 10 September 2017: the Chantilly Arts & Elegance Richard Mille celebrates international automobile culture in a variety of very high-class formats. The event, which takes place in the surrounds of the 16th century Château de Chantilly, was held for the fourth time in 2017. Last year Mercedes-Benz caused something of a stir here with the Vision Mercedes-Maybach 6. In 2017 the Stuttgart carmaker was showcasing its Vision SLR at Chantilly. This concept car made its debut as the “Silver Arrow of tomorrow” in January 1999 at the North American International Auto Show (NAIAS) in Detroit. 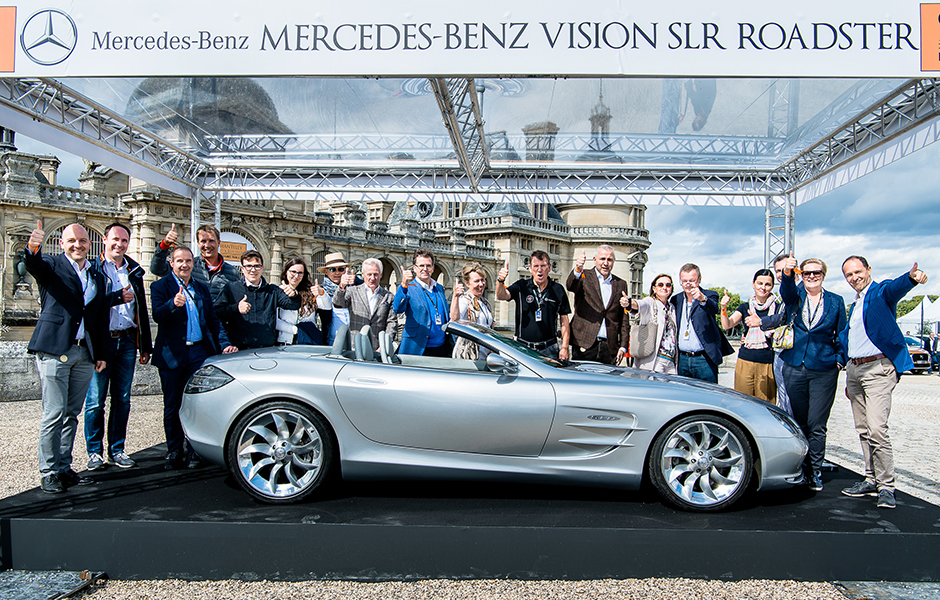 Group picture with the model series’ progenitor: Members of the new SLR CLUB met at the Vision SLR, displayed by Mercedes-Benz, after founding the club at the Chantilly Arts & Elegance Richard Mille 2017.

The SLR Club will provide a strong platform for activities celebrating the Mercedes-Benz SLR McLaren super sports car. A total of 2157 models of the very exclusive 199 series were built between 2003 and 2009: along with 1262 Coupés (C 199) there were 520 Roadsters (R 199) and 375 special models built to commemorate Stirling Moss’s victory in the 1955 Mille Miglia in a Mercedes-Benz 300 SLR (W 196 S). These include 150 models of both the SLR 722 Coupé and the SLR 722 S Roadster, as well as 75 exceptionally sporty SLR Stirling Moss special models (Z 199) – a classic speedster without roof or windscreen. All versions share a common ground-breaking bodyshell construction featuring fibre composites and aluminium, and are powered by a supercharged V8 engine developed by Mercedes-AMG.

In Chantilly, the 2017 Mercedes-Benz SLR McLaren shone out as a particularly exciting super sports car of the 21st century. Appropriately for the inauguration of the SLR Club, twelve vehicles from the 199 model series took part in the Supercars Rally, which was held for the first time in 2016. 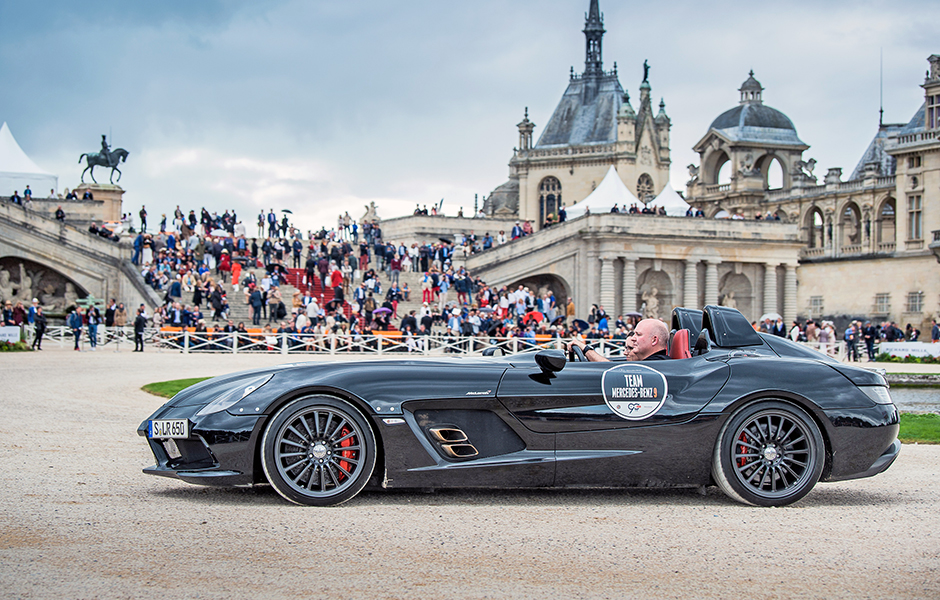 Visionary supersportscar: The Mercedes-Benz SLR McLaren of the model series 199 did play a leading part at the the Chantilly Arts & Elegance Richard Mille 2017.

A strong community with a long-term future, dedicated to an outstanding car that’s destined to become a classic: that’s the new SLR Club set up by owners of the super sports car. The club aims to promote interest in and dedication to the 199 model series, and future activities will include driving events in partnership with Mercedes-Benz Classic. SLR owners can contact the SLR Club via www.slr-club.com.

In the coming year the club is set to become one of the current number of 80 officially recognised brand clubs. The brand clubs have around 100,000 members around the world. Their commitment keeps the history of each brand alive. Mercedes-Benz Classic supports the clubs’ activities on a number of levels, including making available its wide-ranging expertise.

One particular item of interest provided by Mercedes-Benz Classic for enthusiasts of exceptional and classic cars is the company’s own dealership, ALL TIME STARS. ALL TIME STARS is currently offering a rare opportunity to acquire an SLR McLaren 722 S Roadster (R 199) directly from them. The 2009-registered vehicle with 25,800 kilometres on the clock has been very well maintained in its original condition. 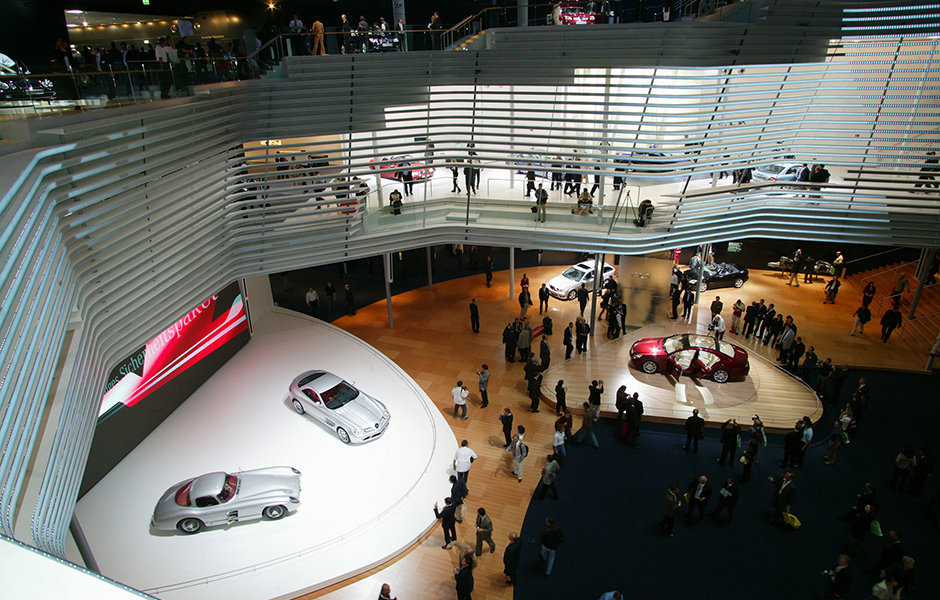 One thought on “Chantilly 2017: Inaugural meeting of the SLR Club”