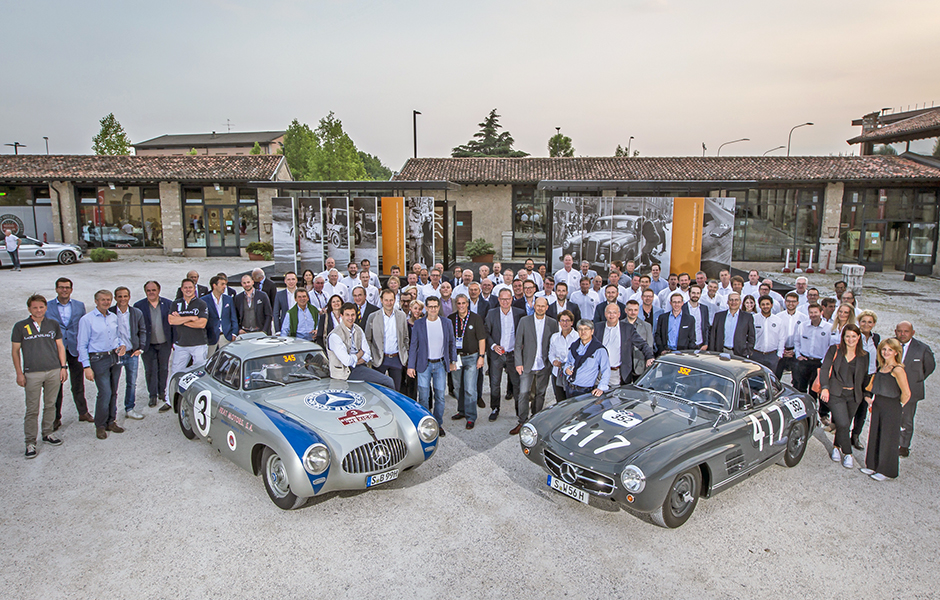 In the coming year Mercedes-Benz will continue its commitment as an Automotive Sponsor of the Mille Miglia. This has just been announced by the Stuttgart-based brand and the organisers of this classic motorsports event. The close connection between the 1000-mile race in Italy held since 1927 and Mercedes-Benz goes back almost 90 years. The brand’s great successes include the victory in 1931 by Rudolf Caracciola as the first non-Italian driver, and the sensational success of Stirling Moss in 1955, with an overall victory and a still unbeaten record time of 10 hours, 7 minutes and 48 seconds.

Stuttgart. In the coming year, Mercedes-Benz as an Automotive Sponsor of the Mille Miglia will once again celebrate the highlights of historic motorsport in the traces of the legendary 1000-mile race. The Stuttgart-based brand recently announced the continuation of the excellent partnership with the organisers of the Mille Miglia. Mercedes-Benz will be present at the starting and finishing line in Brescia, and also along the approx. 1600-kilometre route to Rome and back. 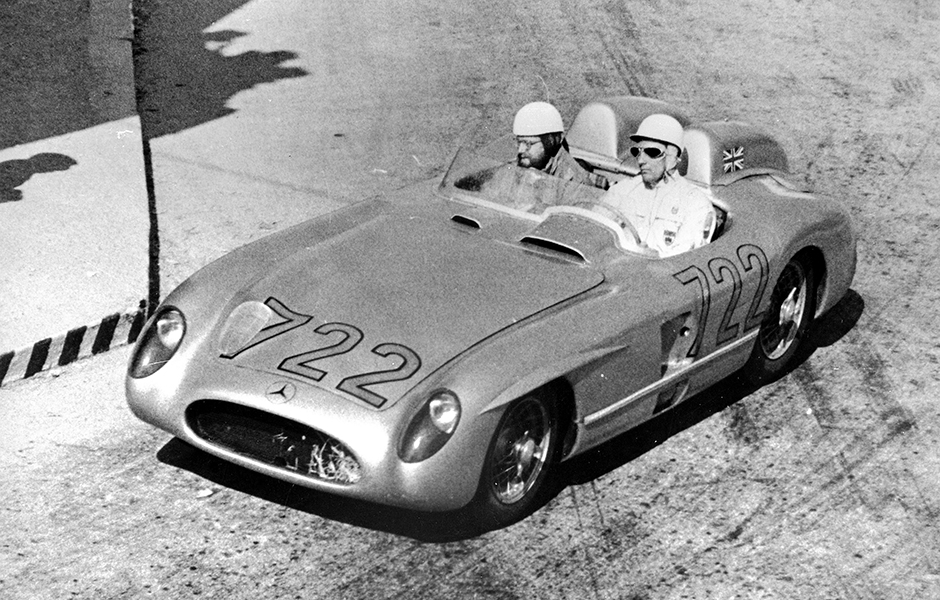 Mille Miglia 1955: Stirling Moss and Denis Jenkinson on the way to overall victory in a Mercedes-Benz 300 SLR racing sports car (W 196 S), with the best time ever achieved in the Mille Miglia, 1 May 1955.

The participation of Mercedes-Benz Classic with outstanding vehicles from its own collection is traditionally a highlight of the modern Mille Miglia. In 2017, marking the 90th birthday of the road race, dozens of fascinating classic cars bearing the Mercedes star took to the starting line driven by Mercedes-Benz Classic brand ambassadors and automobile enthusiasts. The modern version of the Mille Miglia is a reliability run on a route which closely follows that of the original road race. Entry is restricted to vehicle models that took part in the original Mille Miglia during the period from 1927 to 1957.

Mercedes-Benz and the Mille Miglia are very closely linked by virtue of their shared history. The German brand has taken part in the 1000-mile race since 1930, i.e. almost since the very first event. At this debut event, works driver Rudolf Caracciola with his co-driver Christian Werner immediately took 6th place with a Mercedes-Benz SSK (“Super Sport Short”). One year later Caracciola won the 1931 Mille Miglia as the first non-Italian driver with his co-driver Wilhelm Sebastian in a Mercedes-Benz SSKL (“Super Sport Short Light”). 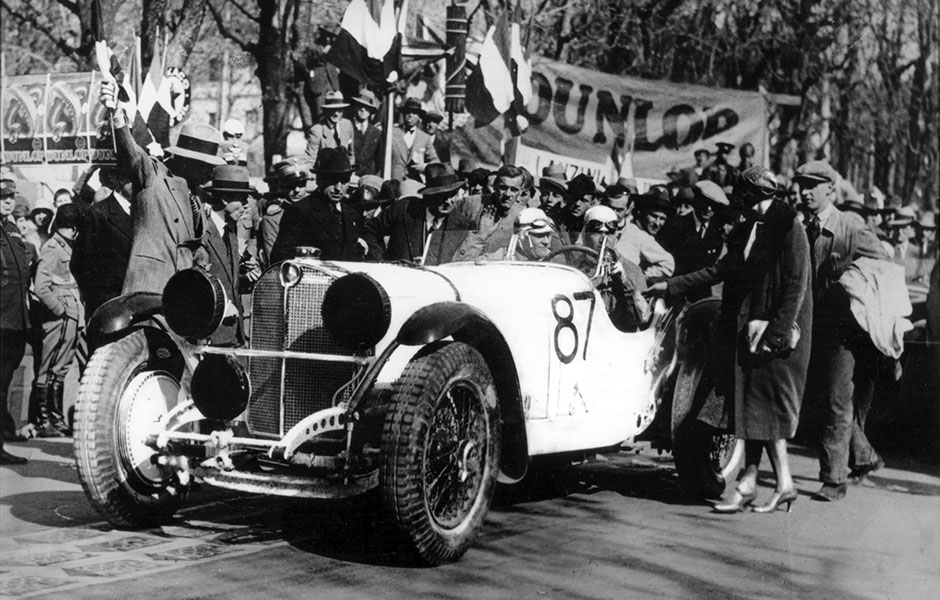 Mille Miglia 1931: The eventual winner Rudolf Caracciola at the start in a Mercedes-Benz SSK, 12 April 1931.

In 1952 the Mille Miglia provided the arena for the premiere of the Mercedes-Benz 300 SL racing sports car (W 194), the brand’s first newly developed racing car following the Second World War. In 1955 Stirling Moss and Denis Jenkinson drove the 300 SLR racing sports car (W 196 S) to overall victory ahead of their teammate Juan Manuel Fangio. Also triumphant were the 300 SL “Gullwing” sports cars (W 198) in the Gran Turismo class over 1300 cc displacement, and the 180 D (W 120) won victory in the diesel class. In 1956 both the 220 “Ponton” (W 180) luxury class saloon and a Mercedes-Benz 190 SL (W 121) successfully took part in the race. 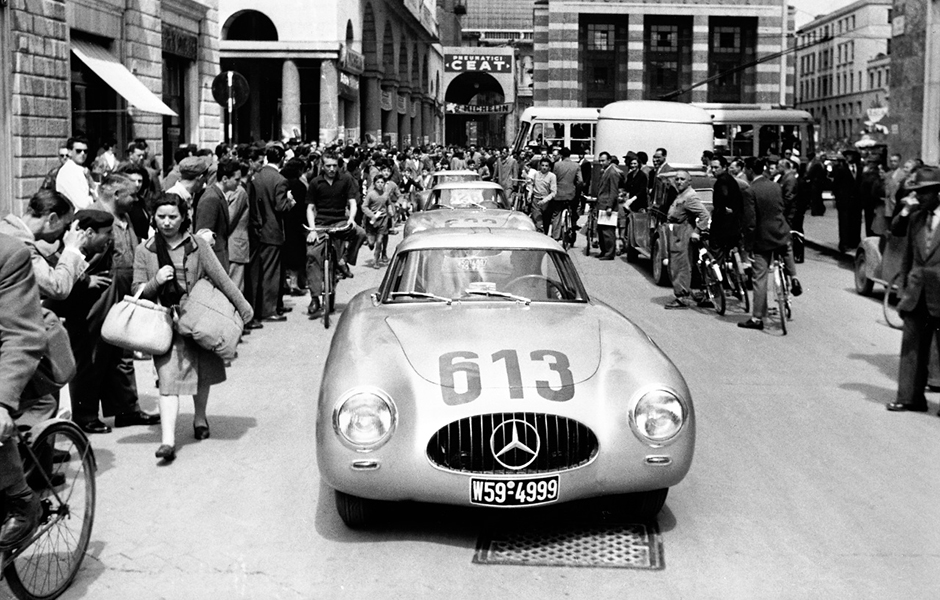 The connection between the brand and the racing tradition is also underlined by the cooperation between Mercedes-Benz Classic and the Museo Mille Miglia in the historical monastical complex of Sant’Eufemia della Fonte just outside Brescia. 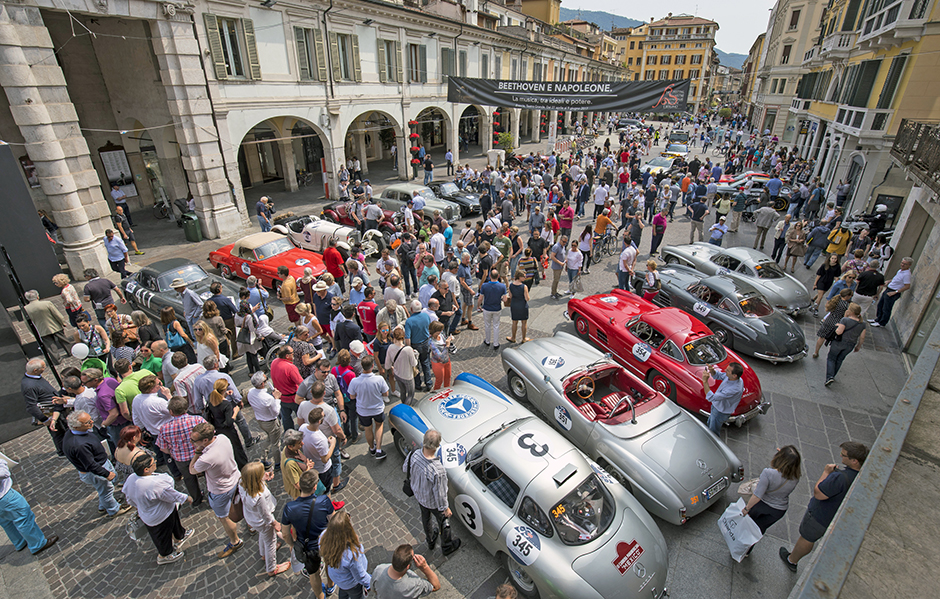 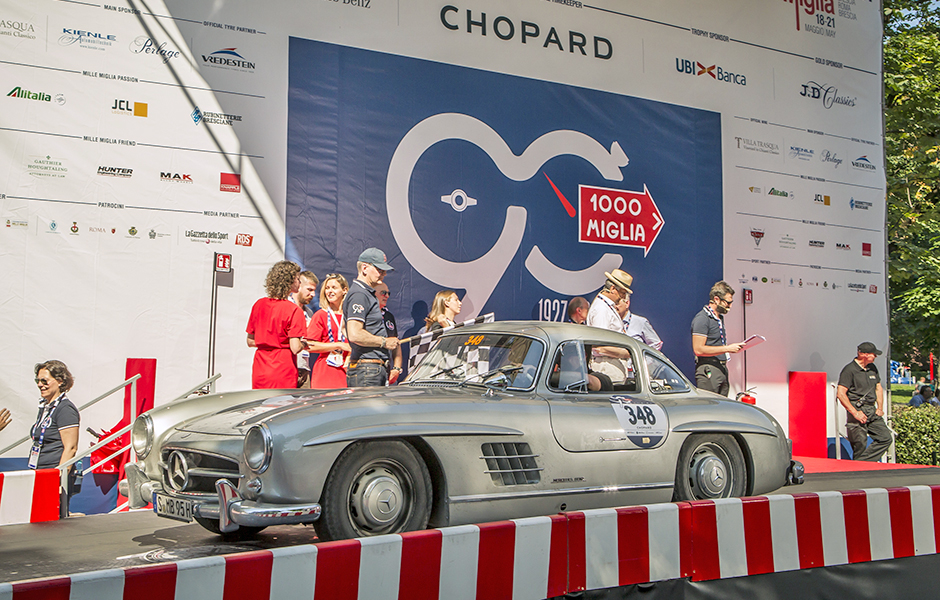