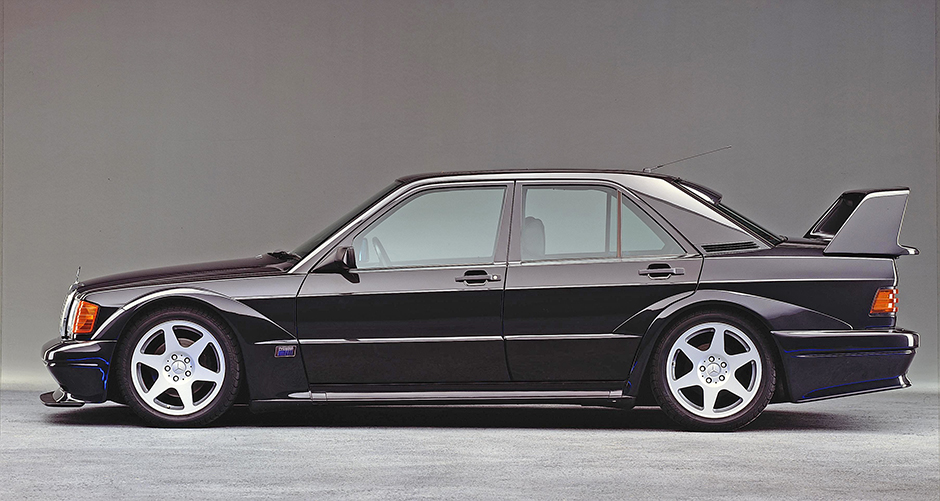 A quarter of a century has elapsed since Mercedes-Benz debuted the ultimate derivative of what began in 1982 as a very sedate series of compact sedans. The 190E 2.3 (W201) arrived in the US in late 1983 and was an immediate success that offered a far more youthful group of buyers access to the legendary brand. And so the “Baby Benz” was born.

After four years of global sales success Mercedes began to focus on the 190 as a platform for something more dynamic and sporty…and competition worthy. The German Touring Car Championship (DTM) beckoned as a racing series to extend the 190E’s sporting appeal and with this in mind Mercedes looked to the British engineering concern Cosworth to liven up the anemic 136 HP 8-valve 2.3 liter four.

The result was the 190E 16 valve models in 2.3 (US 1986-1987 only) and 2.5 (Euro only) liter variants. Power jumped to a respectable 185 HP (167 HP US). A Getrag 5-speed, tube headers, and mild cosmetic tweaks completed a neat package. This agile 2.3 liter sedan was a ball to drive and was ground zero for a small series of milestone pocket rockets for street and track.

In fact the original 190E 16v essentially launched Ayrton Senna’s career when he embarrassed the Grand Prix regulars aboard one during a promotional race to commemorate the opening of the revised Nurburgring GP circuit in 1984. Everyone was in identical 16 valves and Senna dominated the event.

“It looked the part of a winner and was the ultimate boy racer street car. Color choice was simple; 500 units were painted blauschwarz (blue black) and the last two units were finished in silver.” 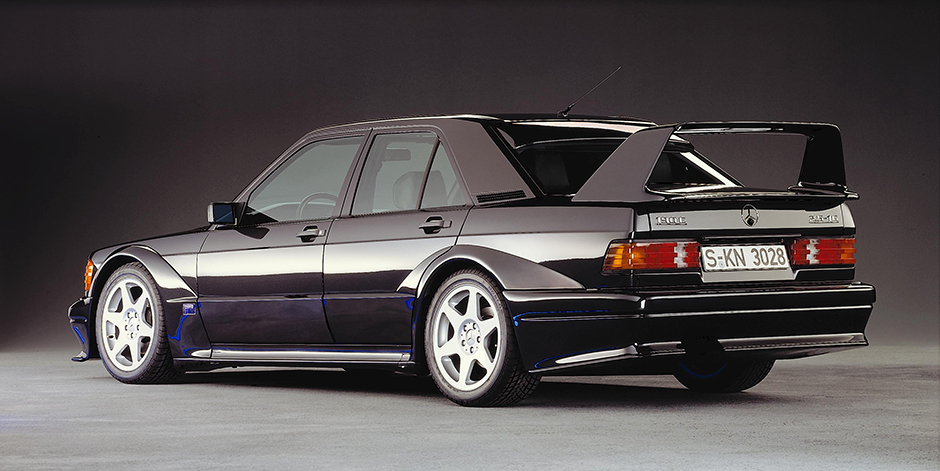 Aerodynamics developed by Professor Eppler left no doubt about the Evo 2’s racing aspirations. At $80k apiece, all 502 examples were sold virtually upon the car’s announcement.

The tinkering continued in Stuttgart and the 2.5 16v gave way to the 2.5-16 Evo 1 which in turn was replaced by the 2.5-16 Evo 2. Revealed at the Geneva Auto Salon in March 1990 the Evo 2 would serve as the basis for the competition model that would eventually wrest the fiercely competitive DTM Championship from German rivals BMW and Audi and the powerful Ford Sierra RS500s.

As per the homologation requirements, 502 units were constructed and each was fitted with the AMG ‘Power Pack’ (which raised power to 235 HP), 17? wheels and SLS suspension which allowed driver controlled ride height adjustments.

Aerodynamic improvements evolved under the guidance of Professor Richard Eppler of the University of Stuttgart. Elongated and sharply semi-elliptical wheel arch extensions combined with a massive adjustable rear wing and low nose ‘splitter’ resulted in extra down force AND a lower overall Cd of .29.

It looked the part of a winner and was the ultimate boy racer street car. Color choice was simple; 500 units were painted blauschwarz (blue black) and the last two units were finished in silver. Price? $80,000. Acceleration? 0-100kph in 7.1 seconds. Mercedes had a potential race winner on its hands. 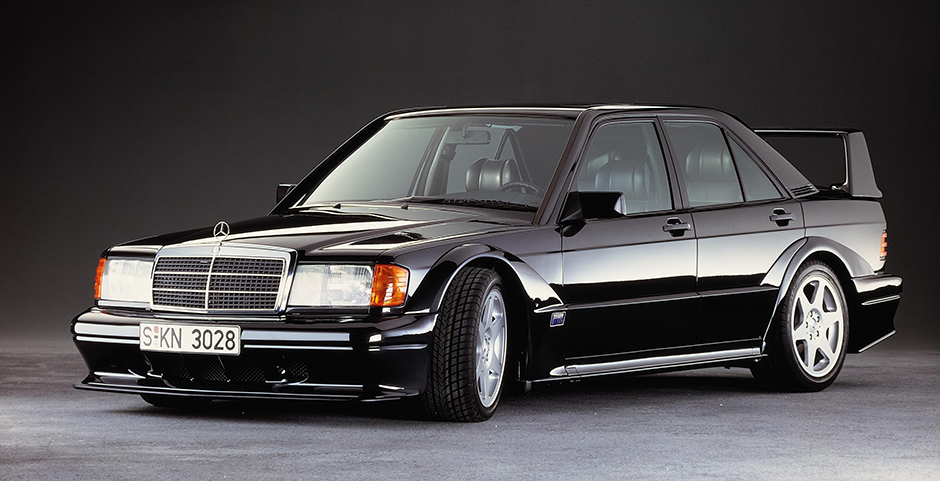 The race department got down to business and was ready for an all out assault on the 1990 DTM season just 90 days or so after the Geneva launch. The no-holds-barred competition was vastly entertaining and routinely depleted the team’s stock of spare bodywork. It proved to be a development year, however, with team drivers Kurt Thiim and Klaus Ludwig finishing 3rd and 5th respectively in the championship.

Klaus Ludwig stayed out of trouble while jumping his 350+ HP Evo over the curbs in 1991 and the championship came down to the last race at a gloomy Hockenheimring. Rain intervened and Ludwig could not beat Hans Stuck aboard his AWD Audi and so became runner-up. However, Evo team depth clinched the Manufacturer’s Championship for Mercedes.

It all came right in 1992 and Mercedes steamrolled the competition winning 16 of 24 races to capture both the Driver’s and Manufacturer’s Championship. Team driver Ellen Lohr placed an exclamation point on the season by becoming the first woman to win a DTM event. Mission accomplished.

I would kill for one of the 502 homologation street cars but obtaining one is unlikely. Few came to the US as EPA and DOT certified ‘grey market’ cars. Sourcing one might require a trip to France or Japan. Checking with our friends at Classic Driver reveals a 65k mile example offered for…$136k. Oh well. Epic car. 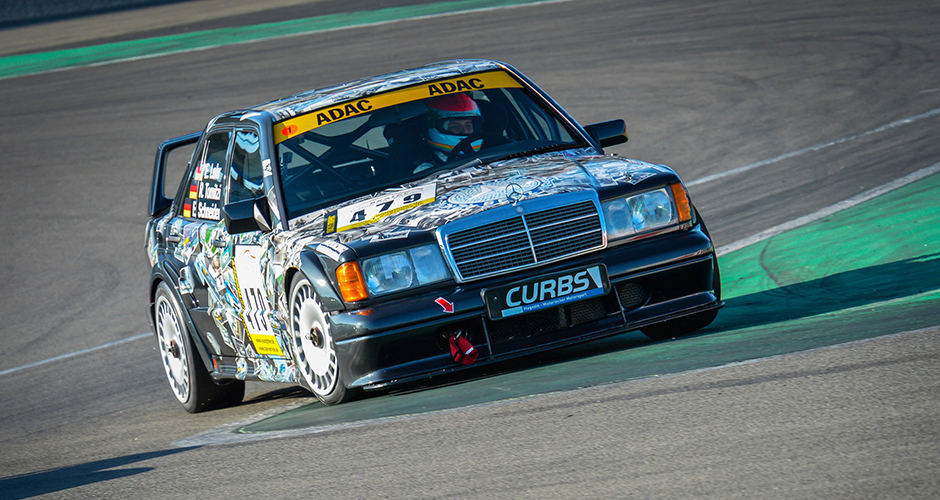