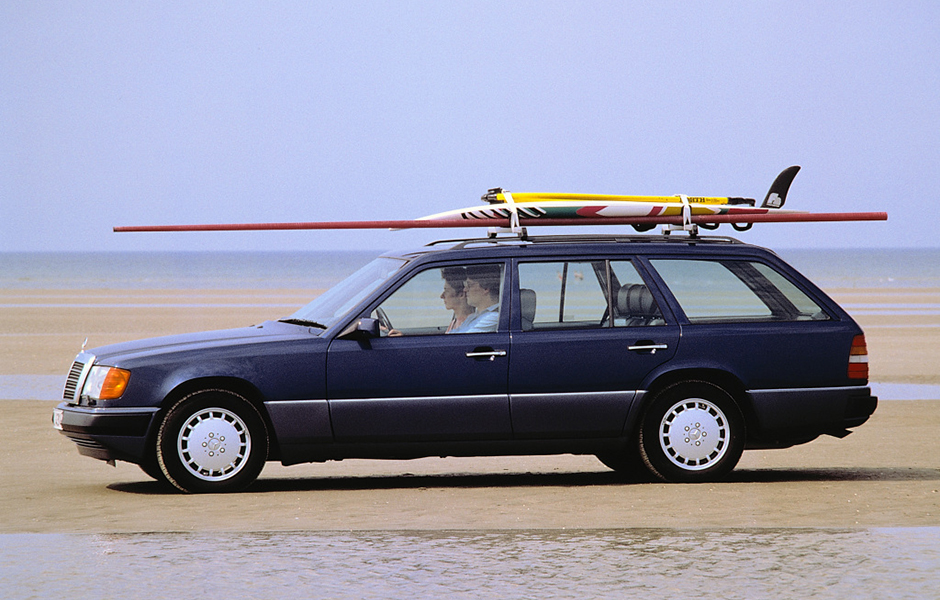 1989 was a year for innovation for Mercedes-Benz. Many model series and models of the make from Stuttgart can now obtain an H license plate (German licence plate for classic cars) for the first time in 2019. These include the SL of the R 129 model series, the G-Class of the 463 model series and the then face lifted 124 model series of the intermediate vehicle class, all launched in 1989.

Today, Mercedes-Benz is the clear leader in the statistics of vehicles certified with H license plates in Germany: at the end of 2017, around a quarter of classic cars with historical certification had the star – a tenth more than in 2016.

This certification recognizes original and well-maintained cars that are more than 30 years old as a technical cultural asset. This also includes tax breaks. The H license plate has been available since 1997 and has since proven itself as a model for success: By the end of 2017, for the first time, there are more than 400,000 vehicles with this certification.

Of the currently more than 400,000 vehicles in the statistics, around a quarter have the Mercedes star as their trademark. No wonder then that amongst the top ten models, no fewer than five are Mercedes-Benz model series: the “tail fin” family (110/111/112 model series), the “stroke eight” (W 115/114) and the 123 model series from the intermediate vehicle class as well as the SL generations of the 113 (“Pagoda”) and 107 model series.

Also new in the sphere of the 30-year-old classics are the high-performance saloon Mercedes-Benz 190 E 2.5-16 Evolution (W 201) and the face lifted Mercedes-Benz T 1 (“Bremer Transporter”) – a popular basis for a motorhome, amongst other things. 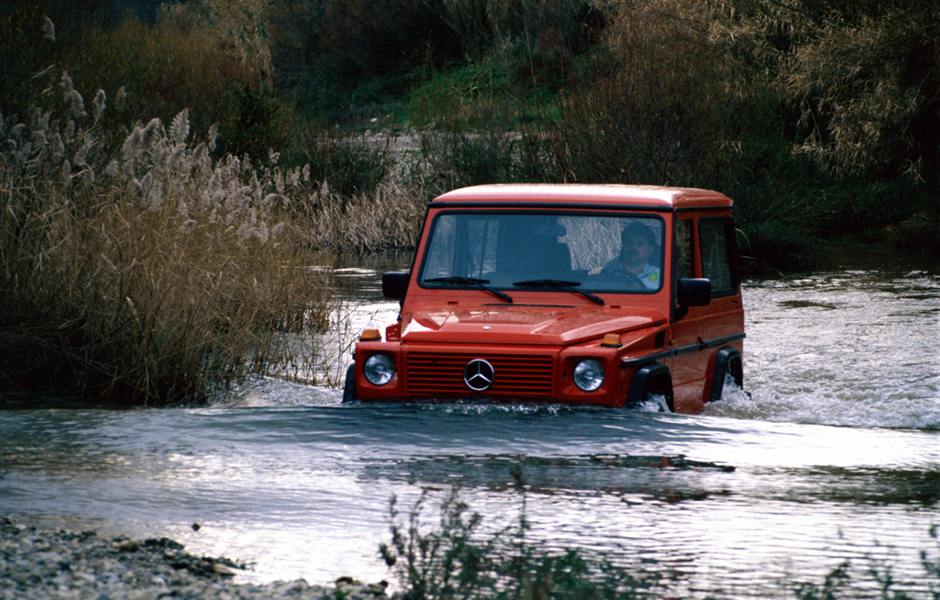 The completely redeveloped SL of the R 129 model series premières in March 1989 at the Geneva Motor Show, where it is one of the most important attractions. The sports car sets stylish and technical benchmarks, particularly in passive safety.

The automatic roll-over bar, integrated in automotive engineering for the first time, sets itself from the various solutions. Its task is to secure the survival space of the passengers in the event of an overturn. The newly developed integral seats also set benchmarks, which, thanks to their supporting structure with high transverse rigidity, offer increased protection in the event of a side impact.

The high dimensional stability of the passenger compartment is also supported by a particularly rigid floor assembly with high-strength sheet metal panels and large girder cross-sections as well as crossings with bending resistance from the A-pillars and the rear side parts to the side members. The doors are given a decisive role as an impact-resistant connection between the front panel and center column.

The newly designed, standard electrohydraulic soft top offers particularly high comfort of use. With the simple press of a switch, the soft top can be opened within 30 seconds and stored in the soft top compartment or removed from the soft top compartment and locked. At the same time, side windows and roll-over bars are lowered. The draught stop is a further innovation, which premières in the R 129 model series. It is made up of a permeable grille, which, when erected, reduces wind noise and draughts to a minimum and therefore significantly increases driving comfort with the soft top down. 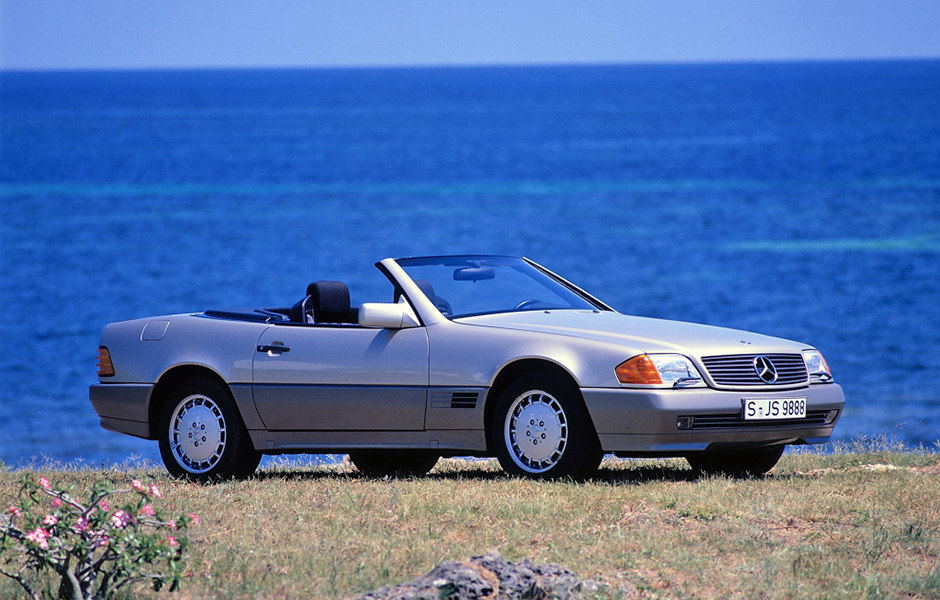 The cross-country vehicle of the 463 model series presented in September opens up a new chapter in the history of the G-model. The comprehensive facelift fulfills customer requirements for more comfort and paves the way for today’s G-Class; from a sober utility vehicle to a luxurious recreational vehicle with consistently high off-road capability.

The technical modifications particularly include the modified drivetrain with now permanent all-wheel drive, instead of its engageable predecessor. Furthermore, the 463 model series comes with a version of the anti-lock braking system which can be switched off.

Body variants are available for open vehicles with a short wheelbase (now called a cabriolet), as well as the station wagon with two wheelbases. The G-model of the 463 model series is continuously further developed. Its successful line of tradition leads all the way up to the G-Class of the 463 model series newly presented in 2018 (combined fuel consumption: 13.1–1 1.5 l/100 km, combined CO2 emissions: 299–2 63 g/km*). 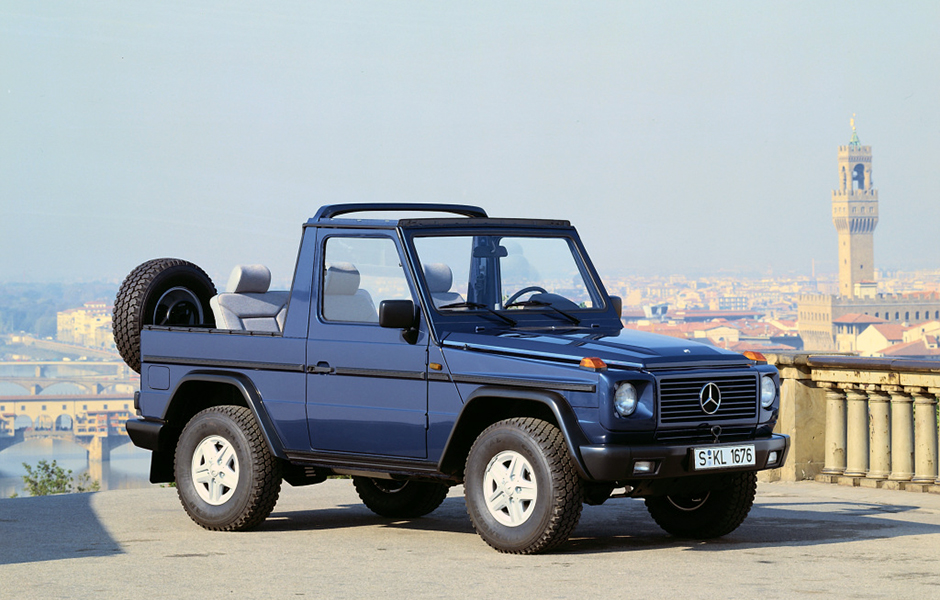 In September 1989, Mercedes-Benz presents the revised program of the intermediate vehicle class 124 model series at the International Motor Show (IAA) in Frankfurt/Main. A focal point is the stylistic overhaul of body and vehicle interior. The most striking feature of the face lifted models are side impact protection with integral longitudinal rocker panel trims and additional narrow trims made from polished stainless steel.

Add to this the discreetly chrome-plated trims on the door handles as well as changed wheel trims, in which the Mercedes star and a narrow decorative ring on the periphery are also chrome-plated.

As the fourth body variant of the 124 model series alongside the saloon, estate and coupé, a saloon with a wheelbase extended by 800 millimetres is presented at the IAA. This means that, after a four-year break, there is once again a long version in the sales range. The 250 D long and 260 E long models have six doors and a fully fledged middle bench seat.

Also 30 years ago, the 190 E 2.5-16 Evolution I (W 201) high-performance saloon and the facelifted T 1 van premièred. The new generation of the “ Bremer Transporter” has its début in January 1989 at the International Commercial Vehicle Show in Brussels. Amongst other things, it is characterised by more efficient and lower emission engines in the OM 600 family and improved aerodynamics.

The 190 E 2.5-16 Evolution is presented at the 1989 Geneva Motor Show. Its four-valve engine attains 143 kW (195 hp). The body modifications include a prominent, flat front spoiler, an enlarged rear aerofoil and larger, prominently flared wheel arches. Within three months, 502 of these vehicles were produced painted in “metallic blue black” .

Still on the lookout for your own classic for an H licence plate? You can find the right offer at ALL TIME STARS (https://www.mercedes-benz.com/de/mercedes-benz/classic/all-time-stars/), the car dealership of Mercedes-Benz Classic with a showroom in the Mercedes-Benz Museum.