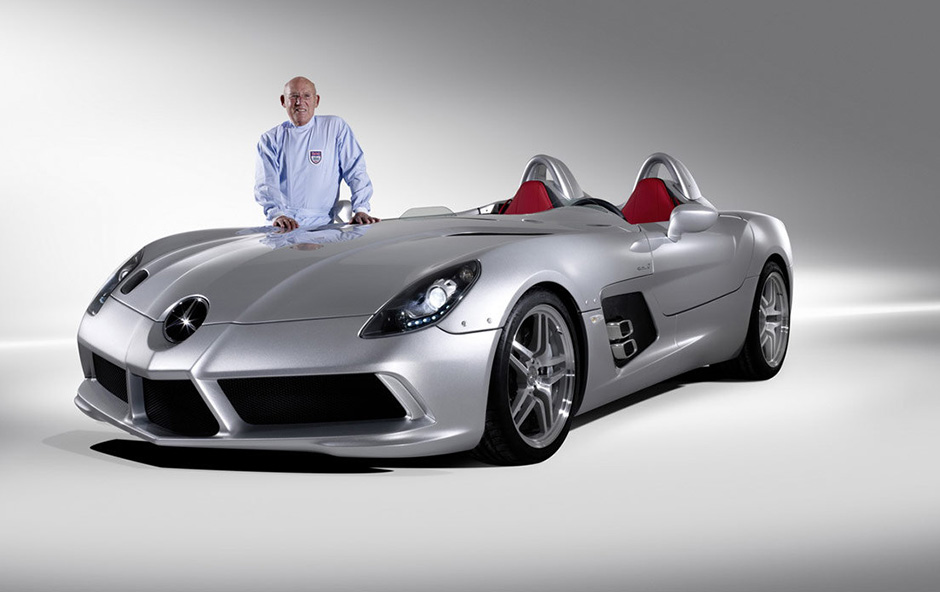 The man himself with his namesake SLR.

Mercedes-Benz will close SLR production with a final and the most direct tribute to the inspiration for the series, the 1955 Miglia Miglia winning straight eight 300SLR. While the current SLR has been relentlessly marketed alongside images of Moss and his hirsute Mille Miglia co-pilot, Denis Jenkinson, the new Speedster honors Moss himself. Fitted with neither a roof nor a conventional windscreen, the “SLR Stirling Moss” edition will offer a pure driving experience best enjoyed on the track. Its snorting 650hp will catapult new owners to 100 km/hr (62 mph) in an eyelid lifting 3.5 seconds. Sharing little cosmetically with a “normal” SLR coupe/roadster, the new car very carefully evokes styling cues from its 1955 brother updated for the early 21st century. 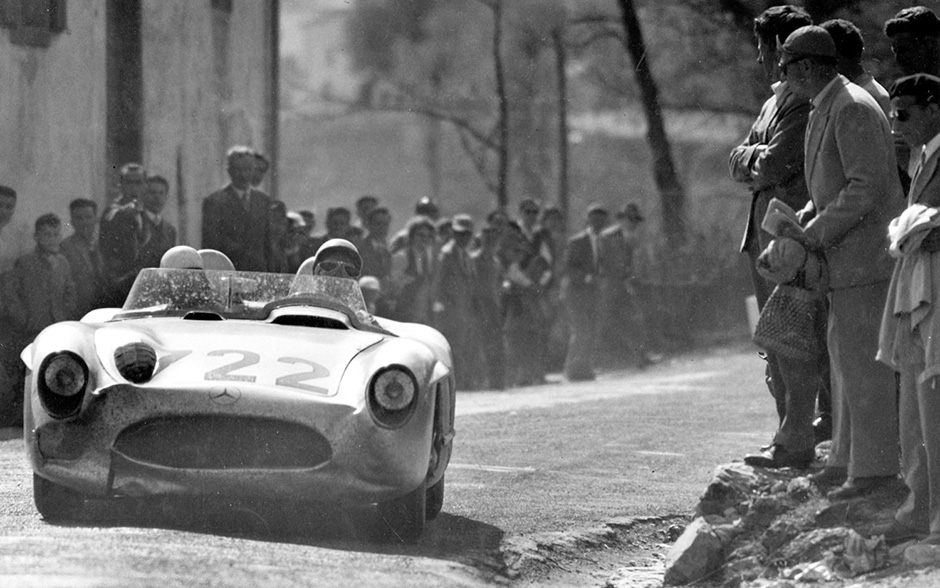 Priced at a jaw-dropping 750,000 euros ($1,042,500 as of 01/02/09), this speedster may be a tough sell, particularly with much of the world’s frivolous money having evaporated over the last 120 days. To place the cars, the special vehicle marketing folks at Mercedes will use the same technique employed to sell the cool SLR 722s by personally offering them to any current or prior SLR owner. This personalized marketing will be the final test of the SLR’s charisma and the paltry production of 75 units may still prove a challenge to move.

Production will start in June shortly after SLR 722 roadster production ceases in May. With its hard tonneau panels installed, thereby sealing up the interior, this extravagant final SLR may simply succeed as a glorious piece of automotive sculpture sitting in the living room. 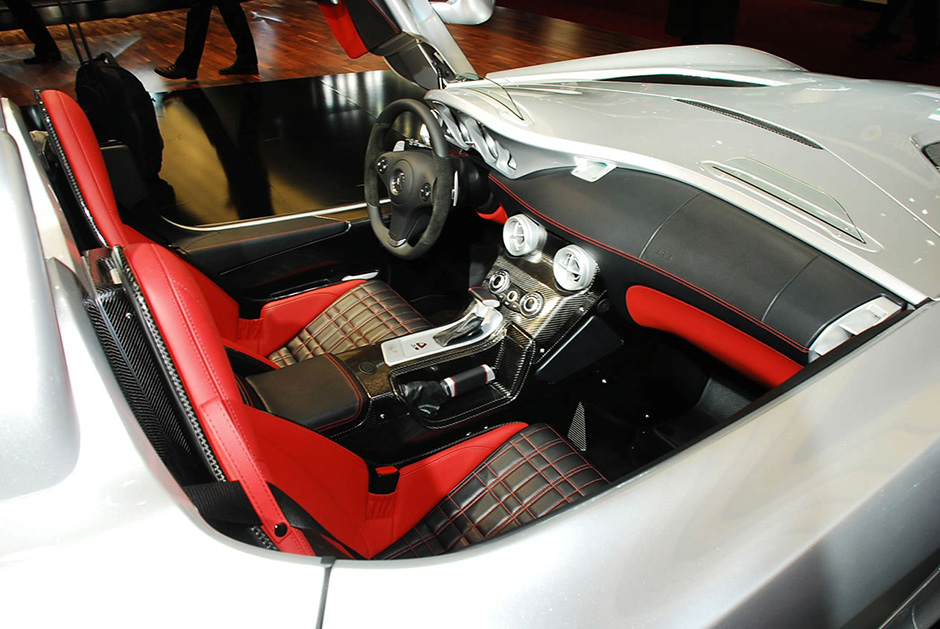 Roof not included. Stirling Moss edition owners will have to rough it in the elements.