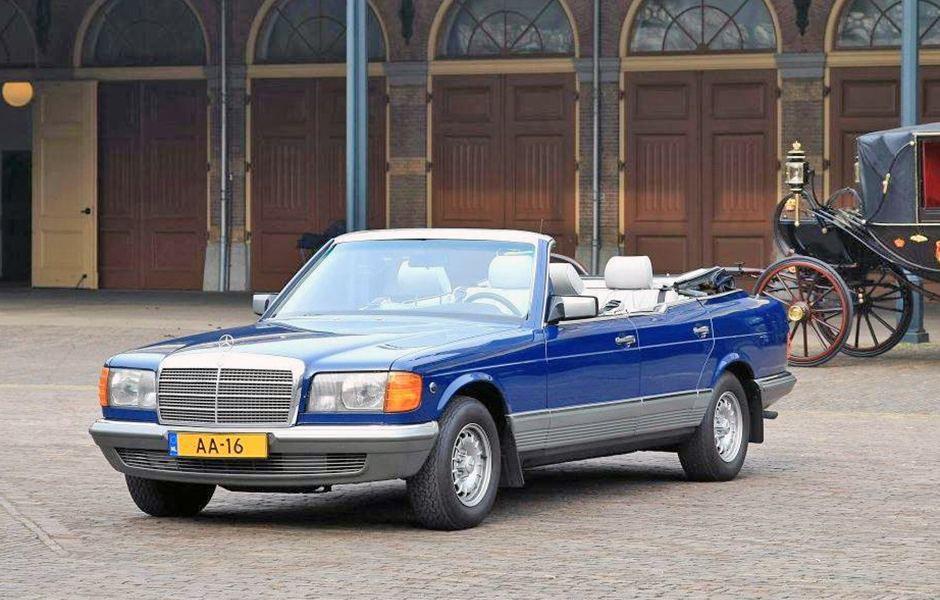 Have you ever longed for a long wheelbase 126 series cabriolet? Nor have I. Open S-Class four doors were a lavish part of Mercedes’ lineup until the demise of the 189 series 300d convertible D in 1962.

Historically favored by popes and presidents as parade cars from the ’30s through the latter ’50s, low demand and high build costs eventually killed them. Only 65 300d Cabriolets were constructed from 1958 to 1962.

The 600 Landaulet partially filled the void with its retracting rear roof section and found favor with both the Pope and numerous nefarious potentates. In the middle ”80s the only alternative was a specialist who would tackle sawing off the vast roof of an S-Class and installing a properly functioning retractable soft roof. And an expansive one at that. 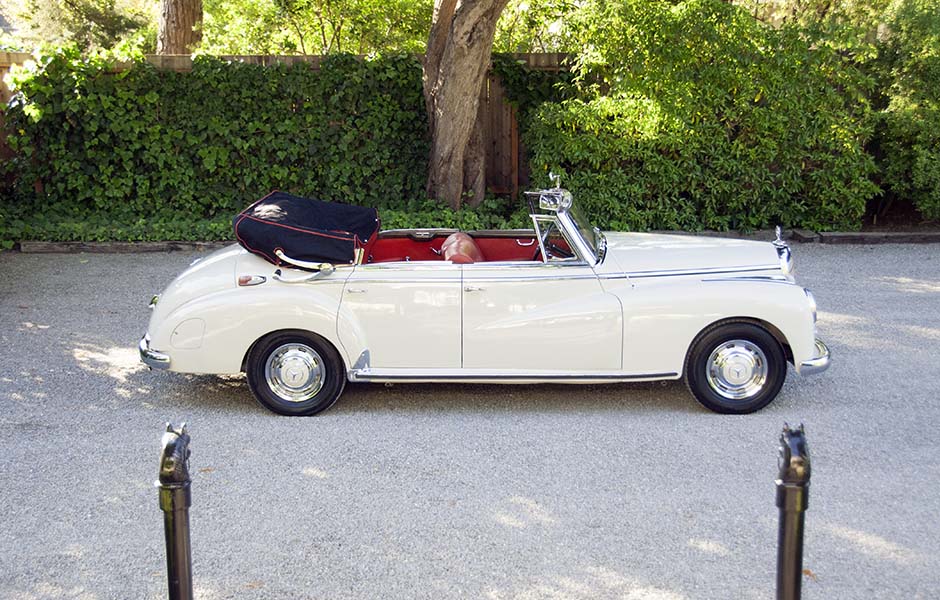 ’50s opulance at its finest. My 1955 300B Convertible D was an imposing cruiser that exuded elegance. Demand fell over the ensuing years and the configuration died in 1962. Note the inside rear view mirror that must be rotated 180 degrees to see over the massive retracted canvas.

Enter Queen Julianna of the Netherlands. She favored Mercedes for her formal transportation – she owned one of the few 300SE Fintail LWBs with a divider window in the ’60s – and requested a 1985 380SEL for her next parade car. Whether she made a request to Mercedes and was politely rebuffed we don’t know. The job fell to Swiss coach builder Caruna who had been converting short wheel base 126s early in the models production.

The result is not altogether offensive and was finished in the the Queens favored bright blue trimmed in off-white leather with a massive dark blue canvas top. It’s reported that the conversion required 10 months to complete and cost over 166k Swiss francs to build. Interesting project. 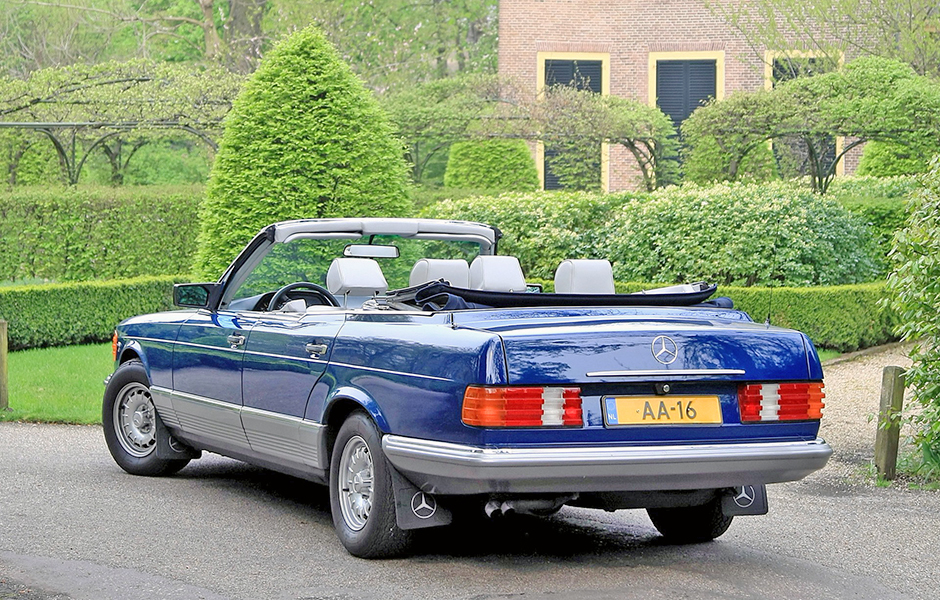 Rear veiw of the Queen’s SEL reveals how the massive soft top has essentially fully retracted into the boot area. Quite a contrast to the massive lump of canvas visible in the picture of my 300B above. 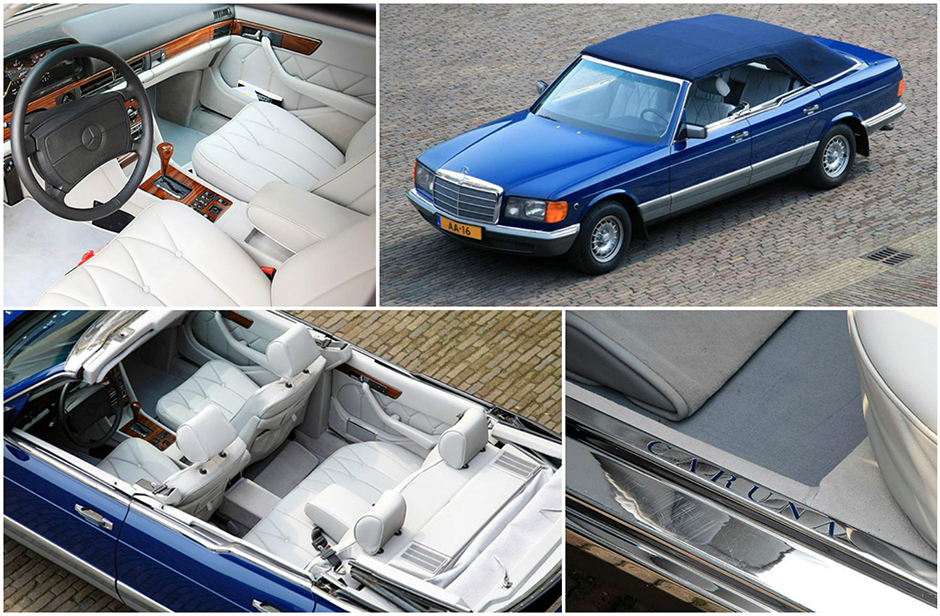