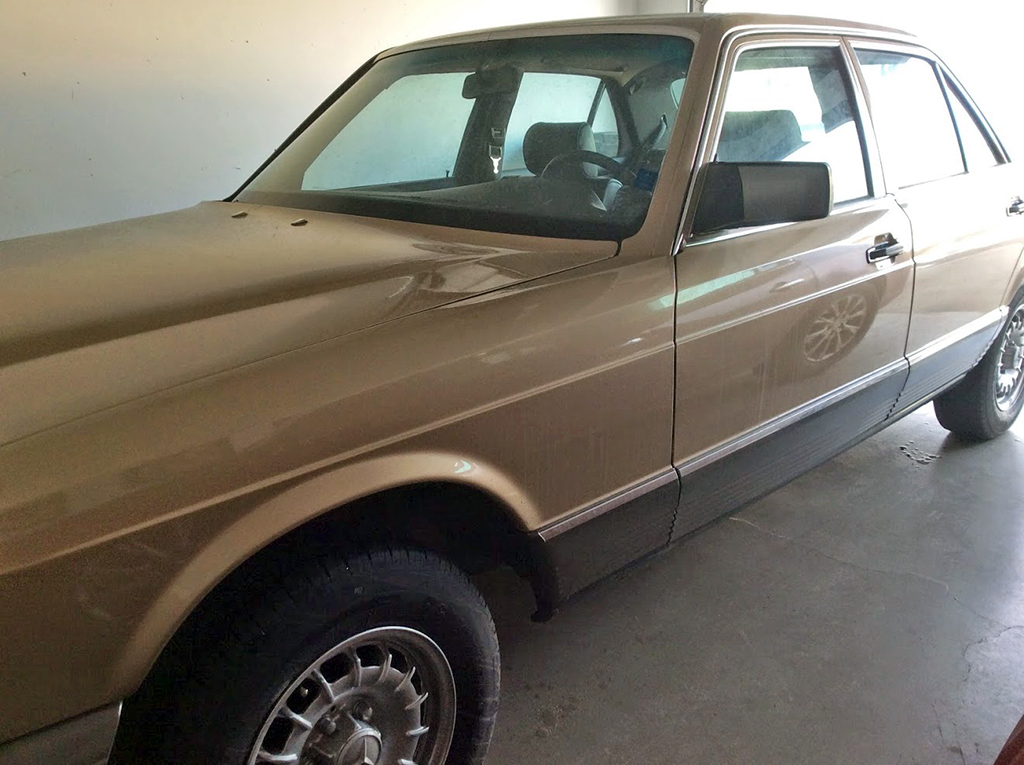 The recent sale of a 1982 300SD on Randy Nonnenberg’s Bring a Trailer auction site with but 4k miles on the clock has caused quite some buzz within the Mercedes young classic community. Well before the entirely logical $50k winning bid was entered, the general consensus was that it must be the lowest mileage 300SD on the planet. Could be, but up until early 2016 I’m fairly sure the lowest mile 126 series 300SD on the planet was sitting in my warehouse.

Here’s the story behind one spectacular 300SD.

It was one of many phone calls I receive offering cars but this particular call in late 2014 from Calgary, Canada was unique. The fellow on the line was offering me a 1982 300SD. He mentioned ‘low mileage’ which to most diesel sellers often means ‘only 175k miles’ but the mileage he quoted was shocking: 1,500 miles or, to be precise,  just over 2,500 km. Really?

After a number of conversations and inspecting all the supporting documents that accompanied the car, it be came apparent that the mileage indeed was correct. My contact had just purchased the car from the estate of the deceased original owner and wisely had the car carefully inspected and recommissioned.

So, how did this happen? According to the original owner’s meticulous note book entries, the car was ordered on October 15, 1981. The next entry is dated Tuesday June 22, 1982 and notes his receipt of the SD and the odometer reading of 20 KM.

MB Diesel buyers usually plan to run the wheels off their cars to take advantage of the inherent longevity and durability this type of car has offered since the 260D debuted in 1936. After looking over the hand written logs the original owner of this champagne/tobacco SD mainitained, it was apparent that his ownership experience was more of a mechanical fetish than in actually using the car.

It’s rare that I can answer every question about the condition of various sections of a car with an unequivocal “it’s perfect” but such was the case with this unique SD. 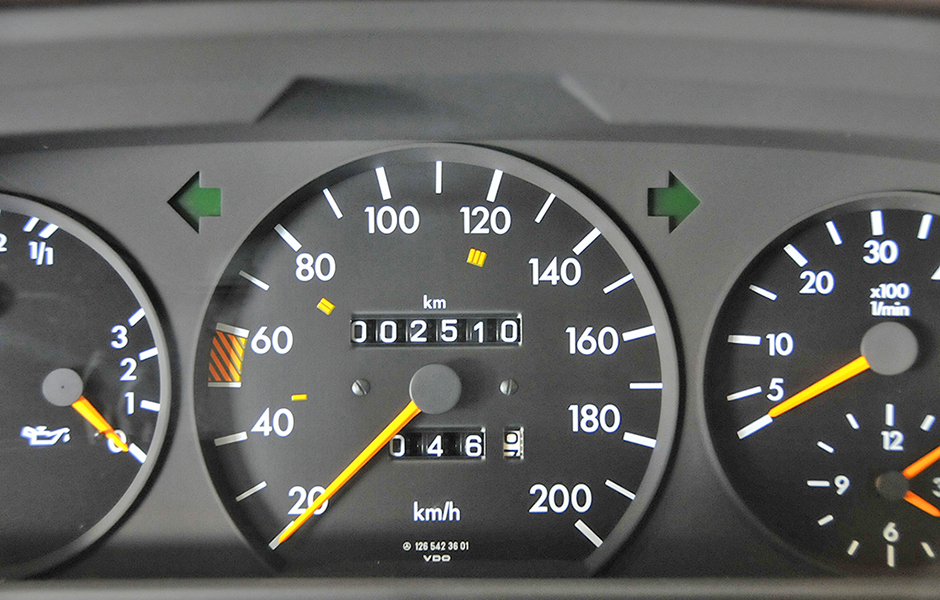 Mind boggling low kilometers for any 1982 automobile, much less a 300SD. Note the clarity of the gauge faces. 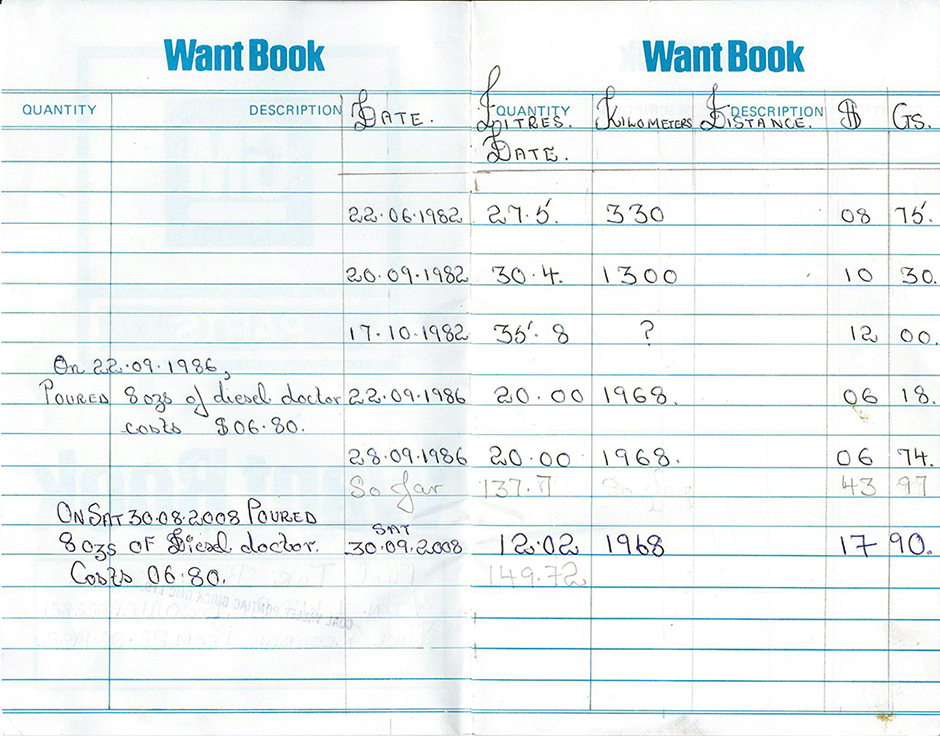 One of many carefully crafted personal notes regarding every step of owning the SD: contemplating the purchase, the purchase, chronicling each liter of fuel consumed, etc. Automobile fetishism at its best.

A deal was struck and after completing the extensive paperwork required to import the car to the US and weeks sorting out the shipment, this freak of diesel perfection arrived at my office in early 2016. To say entering the car was like stepping back in time would be a serious understatement.

Every square inch of the car was essentially untouched perfection. The aroma of the interior. The supple perfection of the brown leather. The hardware on the seat rails. Door latches. Undercarriage. Gauge faces. Wood. All perfect.

Compared to how franchise dealers ordered SDs in the US, this car was a slightly different specification. It lacked a sunroof but was fitted with orthopedic seats, heated seats and a block heater. It all made sense for chilly Calgary.

How did it drive? How about like a new SD? With zero steering free play, silky smooth shift points and the legendary vault-like 126 structure isolating the vices of the road, this SD was simply a phenomenon.

On to a new owner

After some marketing I found a client who wanted a new feeling/appearing 300SD but had given up what he felt was an unreasonable expectation. Until he found my listing. It’s rare that I can answer every question about the condition of various sections of a car with an unequivocal “it’s perfect” but such was the case with this unique SD. He paid $39 for the car which would be in generally in line today with the $50k paid for the 4k mile example.

I probably should have kept it and showed it but business needs are always pressing. But I think I just may have bragging rights to having owned the finest original 300SD on the planet. Be sure to have a look at the photo essay below of this amazing 300SD.