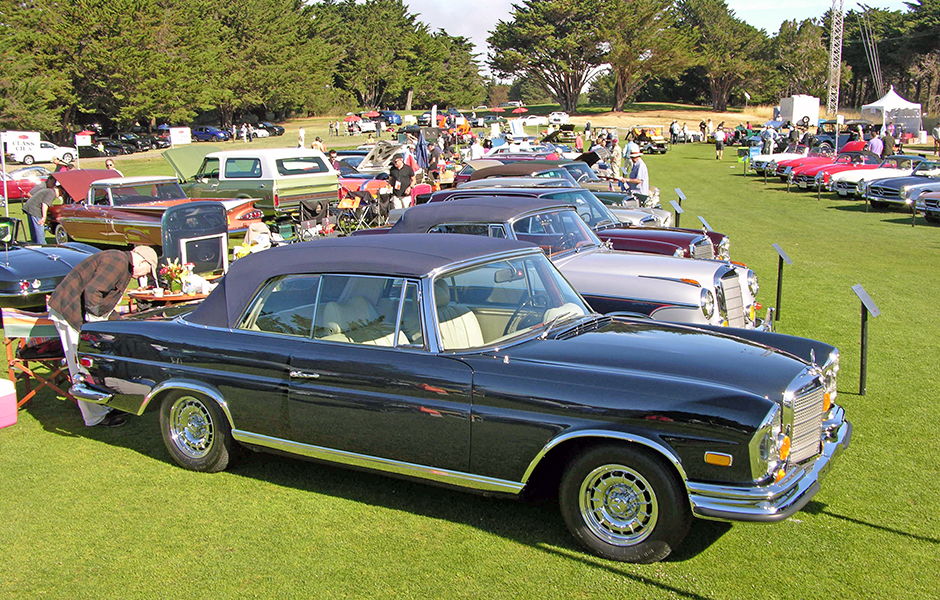 One of the most exciting days of the 7th year of my existence was riding to the Hillsborough Concours de Elegance with Willie, the ever suffering ‘porter’ from my father’s Buick dealership in San Francisco. Willie was in charge of keeping track of me and my 4 brothers so my father could attend to the 1961 Ferrari 250 SWB he was displaying that year. It was my first visit and I’m happy to say I’ve wandered through the show for most of the ensuing years.

This year marked the 60th anniversary of Hillsborough and that accomplishment establishes the show as the longest consecutively running Concours in the United States. Quite a landmark. The show’s standing has meandered from national respect to regional mediocrity but has been on the rise over the last few years due to its gorgeous newish location on the grounds of the Crystal Springs Golf Course and an substantial increase in the quality of entrants.

With Mercedes-Benz being a featured marque this year, I decided to enter a client’s spectacular survivor 31k mile 280SE 4.5 and had a wonderful day chatting with clients and enthusiast from around the SF Bay Area. Despite gently lobbying the judges to value the car’s extraordinary originality over shiny restorations, the spotless 542 dark red 108 sedan was not a ribbon winner.

If you plan to be in the area July 16, 2017 be sure to visit the show. For all the details visit the Concours’ site.