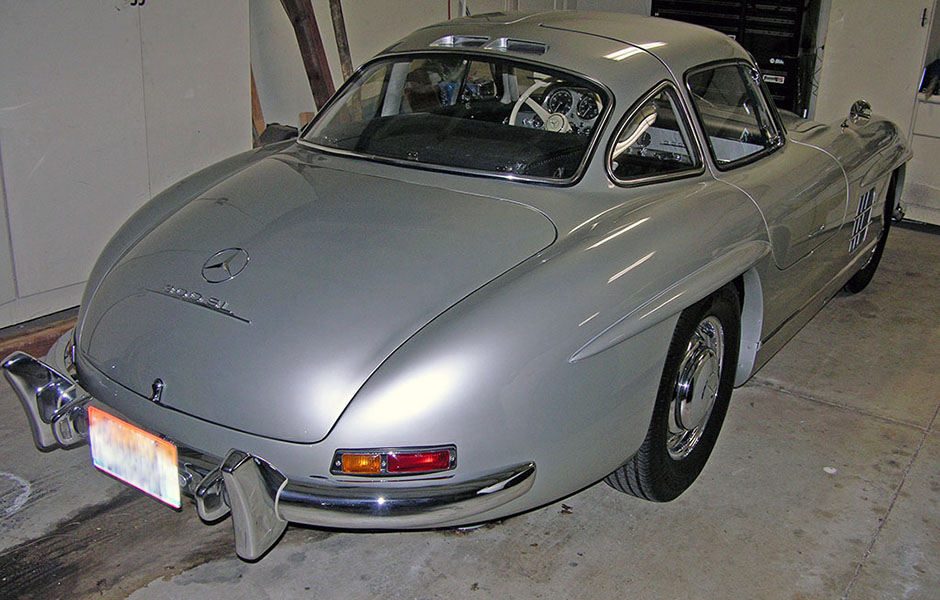 Few things make my day more interesting at MercedesHeritage than a call offering an interesting classic Mercedes for sale. Of course there are different levels of classic MBs and while a 12k mile 600SL or a 22k mile 560SL are exciting, a call offering a single family owned 300SL Gullwing trumps them all.

In fact, the 1954 Gullwing I was offered not only had been in the same family since new, it was quite likely the first production Gullwing delivered to the United States as well as the sixth Gullwing constructed. As such it would embody many unique features that would disappear as production increased. Chatting with current caretaker – and son of the original owner – revealed his palpable passion for and connection to this Gullwing accumulated over his life time.

Unfortunately, the seller’s father removed at least 10% of the car’s potential value by completing the frame up restoration in non-original paint/trim colors/materials. And the fire that consumed the extensive history/service/restoration files removed a further 5% of the potential value.

The story had some twists and turns. The car spent a few years out of California, a fire at the owner’s Southern California ranch destroyed a massive collection of history and records related to the car, and a fraught restoration that dragged on for years was completed. The phone call ended with a commitment to visit me to discuss a sale when time allowed and possibly sending the car to me. 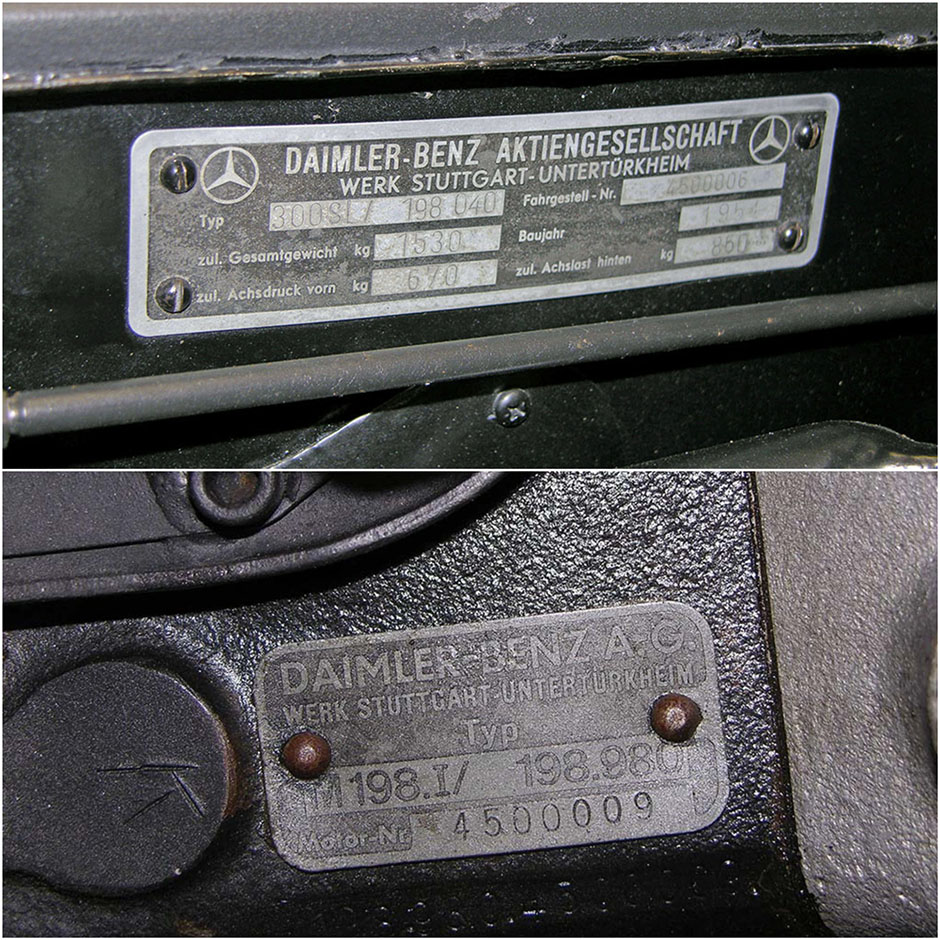 Yup, it’s the sixth Gullwing constructed fitted with the ninth M198 engine. Comparing these numbers to the car’s factory data confirmed this engine belongs in this particular Gullwing. This was not the case when comparing original color and trim codes to what I saw on the car.

Armed with the chassis number, I immediately checked my Gullwing archives to see what data might be available for the car. The data fully supported the seller’s historical review of the car. DB190, a non-metallic medium gray was the original color complemented by the standard interior trim, L1 blue vinyl/blue plaid fabric seat trim.

And crucially, his father was the only owner noted. Unfortunately from a value standpoint, his father requested the car be color/trim changed to silver with black leather during the contentious restoration years ago. 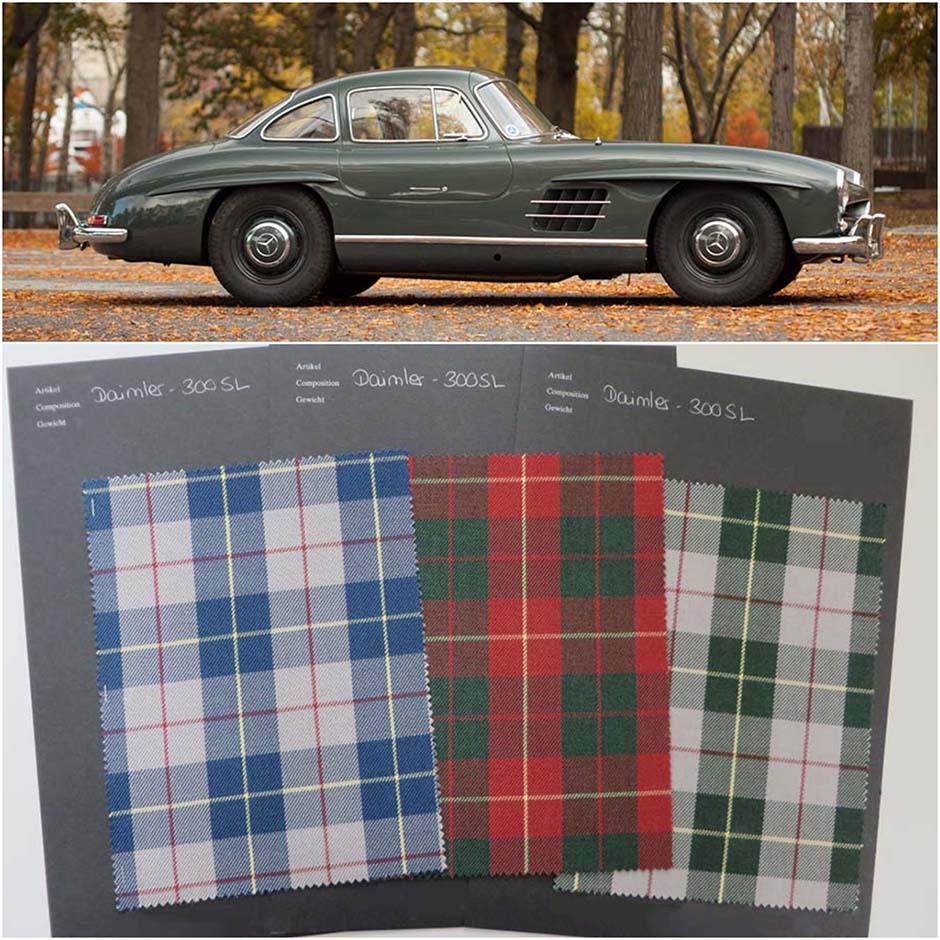 What do DB190 paint and blue plaid cloth seat inserts look like? Quite attractive and so evocative of the era. Mercedes Classic Center is now selling the correct plaids from the 50s.

I heard nothing further during the weeks after our conversation and my texts/calls were ignored leading me to conclude the car had been sold or a change of mind had occurred. However, while I was in Santa Monica inspecting a group of young classics, the phone rang and there was the seller apologizing for neglecting my calls. Seems he’d been out of the country.

Evidently time wouldn’t permit shipping the car to me but he invited me to visit when I was next in Southern California. Quite a serendipitous call. I was standing next to the car within 3 hours. 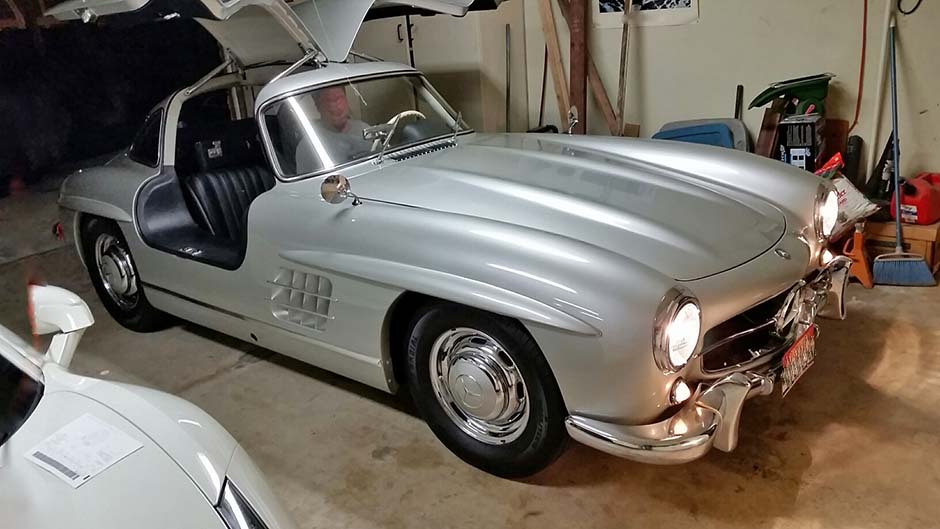 The gullwing was ‘on the button’ and started immediately and settled into a nice idle with quiet valve train. It still carries its welting between the fender eyebrows and coachwork and its concave grille star, both hallmarks of very early cars.

After a careful inspection and full set of very specific images, I vowed to put together an offer within a few days. The asking price seemed beyond the current market based on some recent auction results for cars admittedly lacking the value add of single family ownership. And there was also potential extra value by virtue of being such an early production car. In fact the consensus is that it is THE first production Gullwing to enter the United States and thereby the first 300SL delivered to California.

Unfortunately, the seller’s father removed at least 10% of the car’s potential value by completing the frame up restoration with incorrect (based on the original specification) paint and interior trim. And the fire that consumed the extensive history/service/restoration files removed a further 3% of the potential value.

It was ultimately all for naught, however. My offer on behalf of a long time client a few days after visiting the car fell about $100,000 short.  I learned from the Gullwing grapevine that the car stayed in Southern CA and that it will soon return to the market. On to the next project… 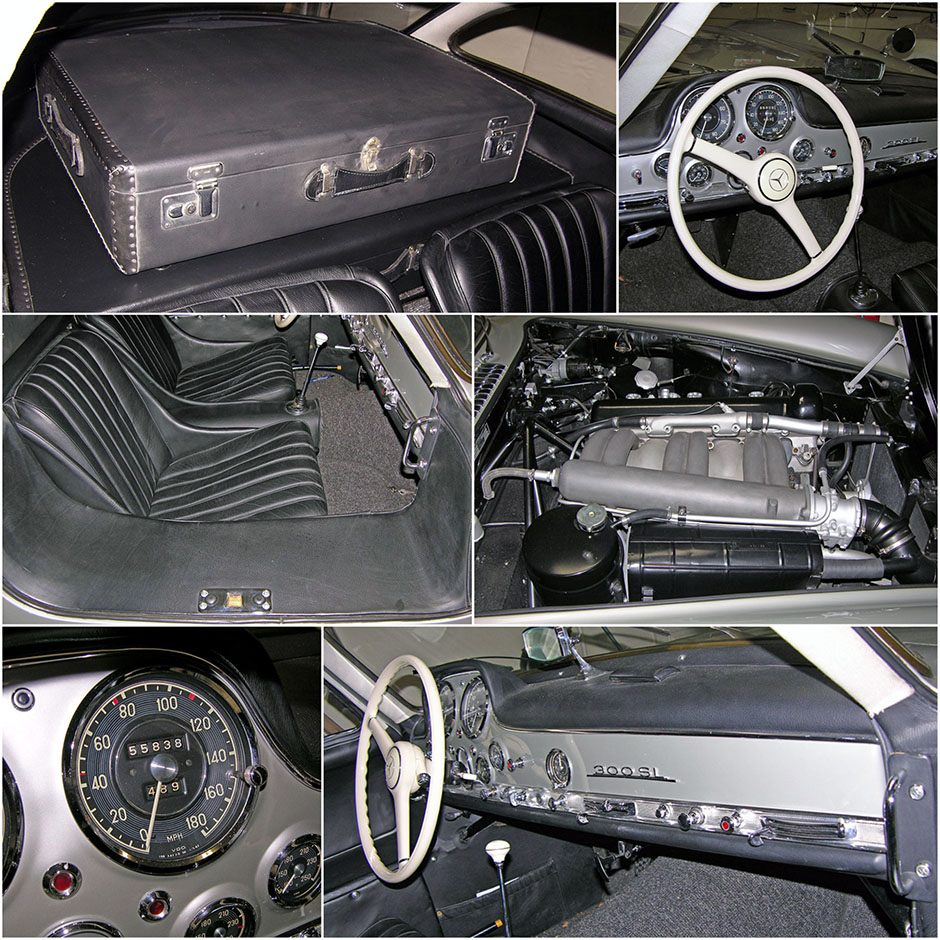