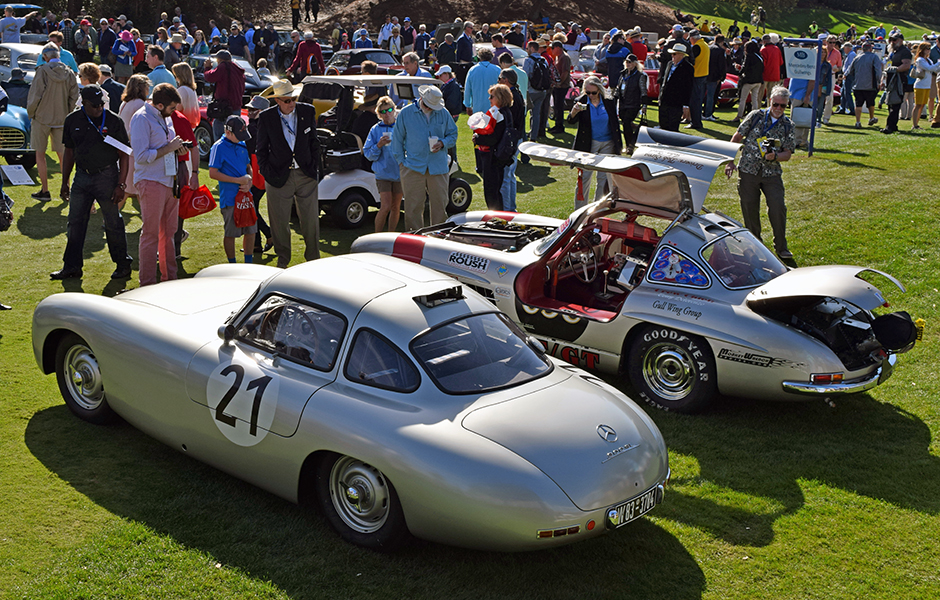 With brutal weather assured for Sunday March 11, Concours day for Bill Warner’s Amelia Island show, Warner and his team made the bold decision to move the show to Saturday. The last minute change created a massive scramble and certainly inconvenienced some competitors and visitors but the rescheduled show was again a lovely celebration of all things unique in the classic automobile universe. The decision was really fairly clear: move the show to Saturday or cancel it altogether.

Sunshine prevailed Saturday over the diverse field of breathtaking automobiles. Featured classes included the cars of multiple Indy winner Al Unser Sr., Streamliners, The Chevrolet Camaro, Movie Cars and a number of other clever groupings. With Amelia Island firmly established as one the premier Concours in the country, the Mercedes-Benz presence was strong and the factory blessed all in attendance with a stylish open-air pavilion.

The star of the Mercedes Classic Center’s display was undoubtedly the 1955 300SLR ‘Uhlenhaut’ Coupe, a car that would be one of the world’s most valuable automobiles were it ever placed on the open market. As you will see below there were many more mouthwatering milestone Mercedes-Benz’ on the lawn. We’re so thankful to Connie Schmitt for allowing us to use her lovely images.