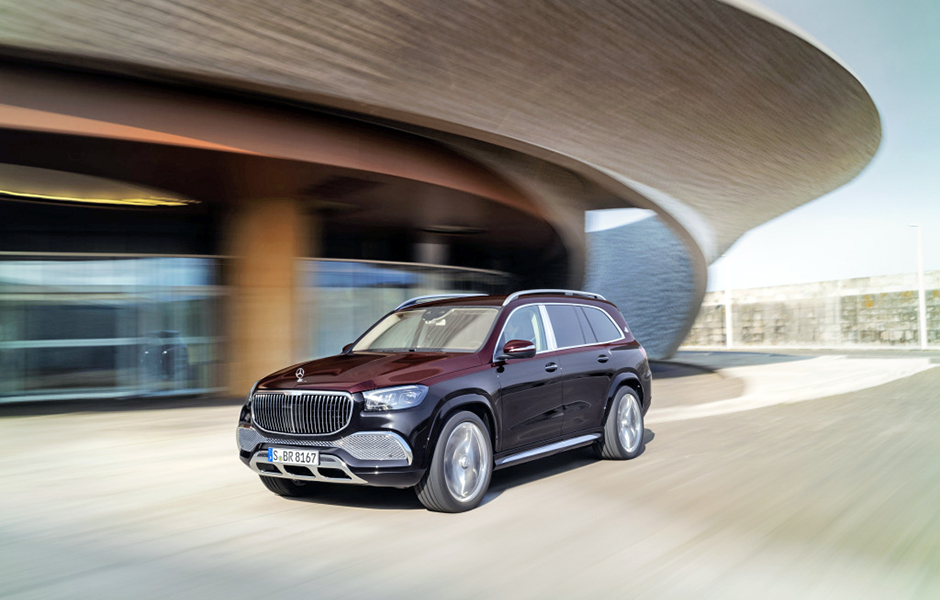 Just five years ago the notion of an SUV costing $229k and fitted with a 600HP 12 cylinder engine and capable of achieving 187 miles an hour would have seemed fanciful at best. But in 2016 such a automobile was sitting on Bentley showroom floors worldwide. It was called a Bentayga and Bentley’s parent, Volkswagen Group, optimistically forecast a total production of 3,500 units for the first model year.

An avalanche of orders resulted in the entire 2016 production of 3,500 Bentaygas to sell out and prompted the production of 2,086 additional units. The massive SUV became Bentley’s best selling car at that time. Lamborghini, Maserati and Rolls Royce soon arrived with their Super SUVs.

Buyers in this realm typically eschew restraint preferring to announce to all their financial dominance by way of dominant design, be it handbags and suits or their mode of transport. 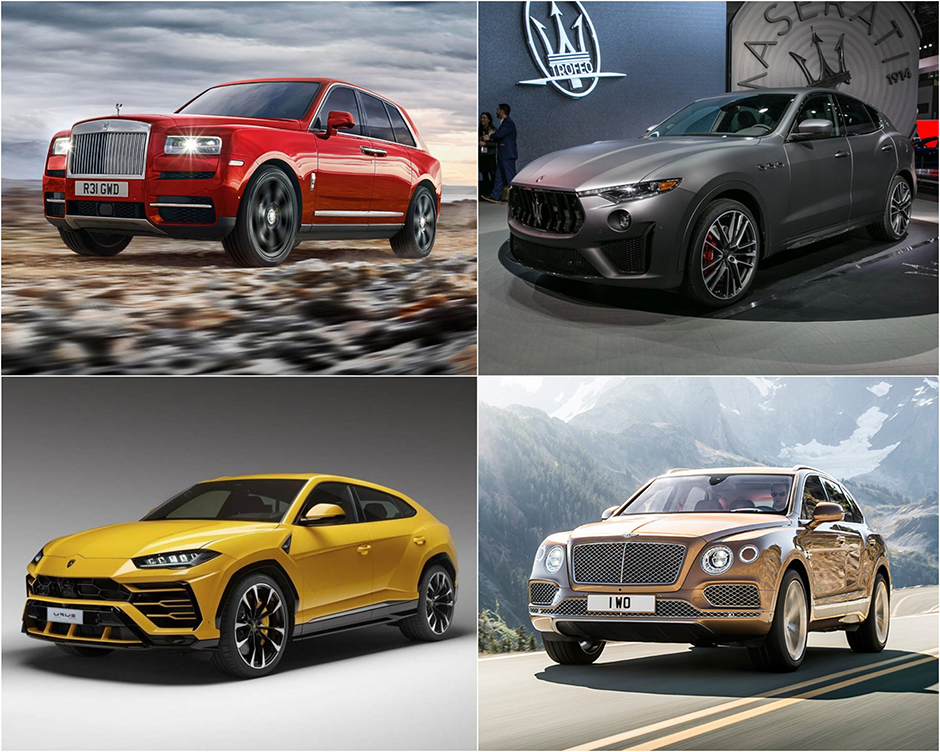 The super SUV concept percolated in MB design Chief Gorden Wagener’s fertile brain for a year or so. His conception of what a Bentayga fighter might look like arrived at Auto China, 2018 in Beijing as the next concept car in his ‘Maybach Vision’ series. The inelegant ‘Vision Mercedes-Maybach Ultimate Luxury‘ was undoubtedly visually arresting, but for reasons best left out of this article.

To offset the design’s overwhelming sense of wanton consumption, Wagener wisely chose an all electric drivetrain incorporating four compact permanent-magnet synchronous motors. With 750 HP available via a fully variable all-wheel drive system, this behemoth started the conversation on just how MB’s entry into this new segment would ultimately be conceived. 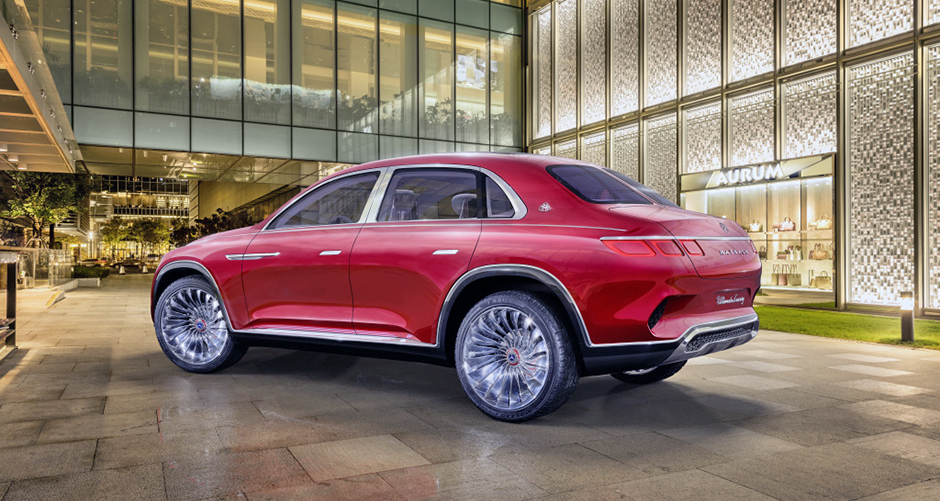 Vision Mercedes-Maybach Ultimate Luxury, Auto China 2018. Showcar exuberance. Fortunately, most of the Vision’s design was not carried over to the GLS 600. Rear 3/4 view that included a split back window was not inspiring.

It’s November 21, 2019 and China again has been chosen for next Super SUV reveal, this time in Guangzhou. MB’s new Super SUV is center stage. What we see is no fanciful show car but the production ready Mercedes-Maybach GLS 600 4MATIC. Based on the GL platform, the sumptuous new Maybach is pleasingly muscular and elegant, thankfully carrying over just the waterfall grille from the 2018 Vision concept car.

The synchronous electric drivetrain of the 2018 Vision show car has been replaced with a 4 liter V8 with up to 558 HP available combined with the 48 volt system EQ Boost. The new Maybach’s specification is as to be expected, simply over the top and includes: 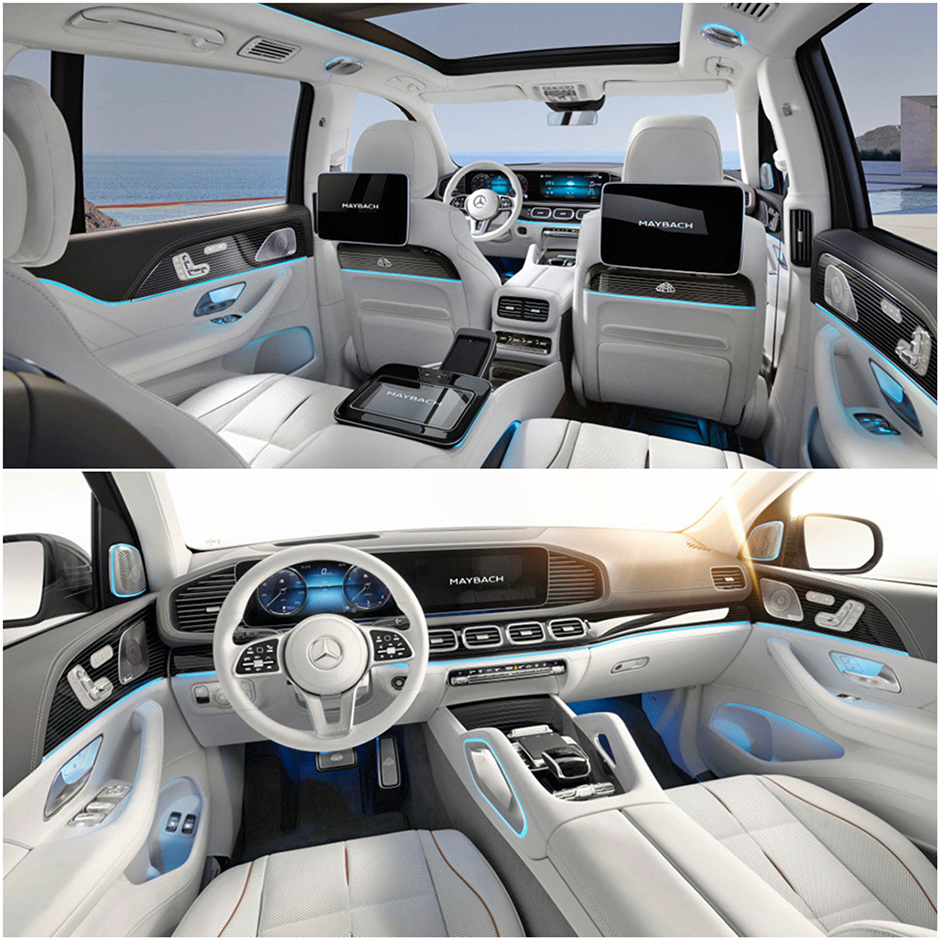 Where do we begin? The interior is lavishly trimmed, electronically connected to the every platform imaginable and offers its occupants every amenity conceivable. For those perfumers in the Super SUV buyer pool, the new Maybach offers ‘active fragrancing’.

This ultra-premium SUV will offer 4 place seating only, the 3rd row seat capability was sacrificed for the additional rigidity provided by a fixed parcel shelf behind the rear seats. This bulkhead combined with additional sound deadening material throughout the interior results in noise levels competitive with Rolls and Bentley.

Can this new Maybach compete with Rolls and Bentley et al on the design front? Gorden Wagener was undoubtedly constrained by having to use the existing GL platform for his new creation. While two-tone paint options, the unique 22″ and 23″ wheels and its exclusive ‘face’, the GLS 600 will certainly stand, a subtle connection to the GL range will remain.

I can’t help recalling what the freight train sized 2003 Rolls-Royce Phantom VII with its pugnacious oversized face and massive vertical flanks did to the sales of the understated original Maybach. One could argue that the first generation Phantom VII effectively killed Maybach as an individual brand.

The original Maybachs were aesthetically too similar to the S-Class of the day. Buyers in this realm typically eschew restraint preferring to announce to all their financial dominance by way of dominant design, be it handbags and suits or their mode of transport.

However, I’m rooting for the new Maybach and its relatively subtle persona. Mercedes has proven it wishes to compete at every level of the global automobile industry and is now firmly in the Super SUV mix. 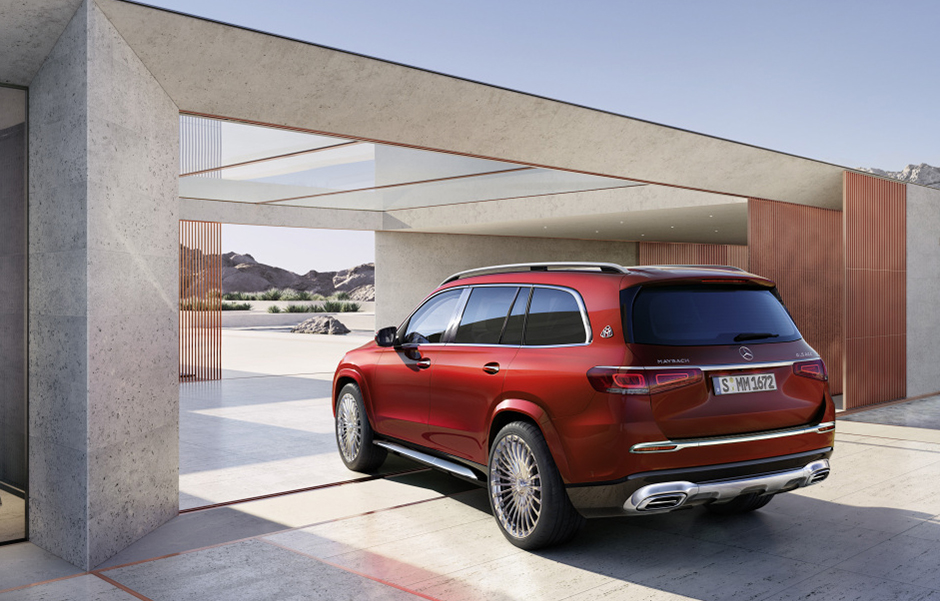 Mono-tone paint flatters the GLS 600 4MATIC and reduces the SUV’s sense of bulk. It’s a gorgeous design, regardless of its GL class origins.