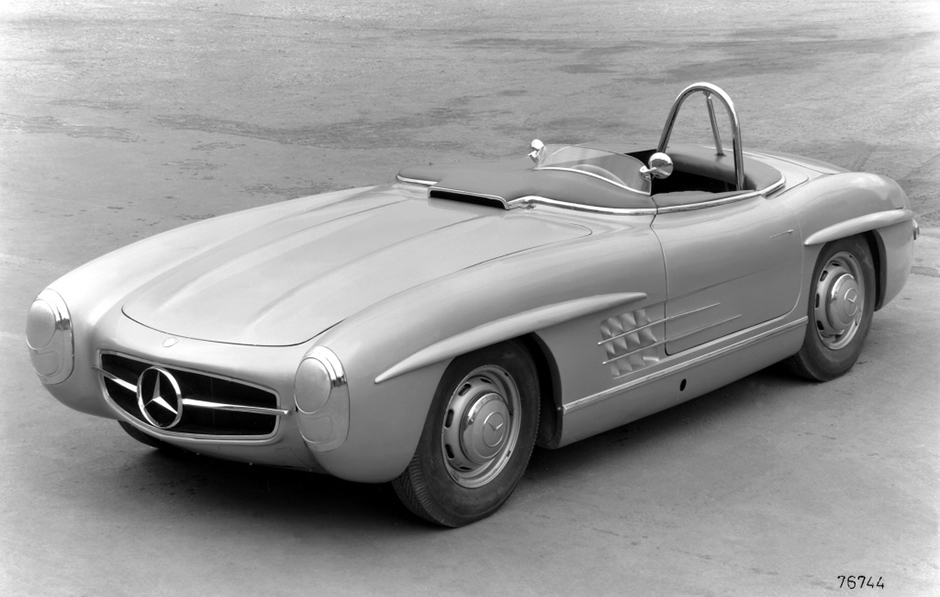 In autumn 1957, racing driver Paul O’Shea won his third US sports car championship. After his two titles in a 300 SL “Gullwing” Coupé (W 198) in 1955 and 1956, he won his third championship in succession 60 years ago at the wheel of an open-top 300 SLS (“Super Light Sport”) touring sports car based on the 300 SL Roadster. Today, this success story is continued by the Mercedes-Benz customer sports racing cars Mercedes-Benz SLS AMG GT3 (C 197), Mercedes-AMG GT3 and Mercedes-AMG GT4 (C 190).

Stuttgart. Nothing was left to chance when, in late 1956, Mercedes-Benz took the decision to build two 300 SLS touring sports cars for the upcoming US sports car championship. Unveiled in 1957, the 300 SL Roadster (W 198) provided the basis for the racing vehicles. One 300 SLS was constructed from an experimental vehicle that was completely dismantled, overhauled, comprehensively optimised for weight and reassembled. The second vehicle was built from scratch, likewise being optimised for weight during assembly. Compared with the standard-production sports car, which weighed in at 1330 kilograms, the sum total of the refinements reduced the kerb weight of the 300 SLS by around 400 kilograms to just over 900 kilograms. This was also made clear by the model designation, the abbreviation SLS standing for “Super Light Sport”.

Alongside a 173 kW (235 hp) aluminium engine (standard-production version: 158 kW/215 hp), the modifications to the two vehicles included tailor-made tanks and an optimised chassis. Externally, the 300 SLS was immediately distinguishable by the absence of bumpers, a specially shaped cockpit cover with air inlet slit, a narrow racing windscreen and a roll-over bar behind the driver’s seat. The effort expended by Mercedes-Benz on the touring sports car was necessary because the new 300 SL Roadster was not eligible for homologation by the Sports Car Club of America (S.C.C.A.) in the production sports car category for the 1957 season, the reason being that this required at least 150 units of the vehicle to have been built. That is why Paul O’Shea contested the 1975 season in the “D modified” sports car category. 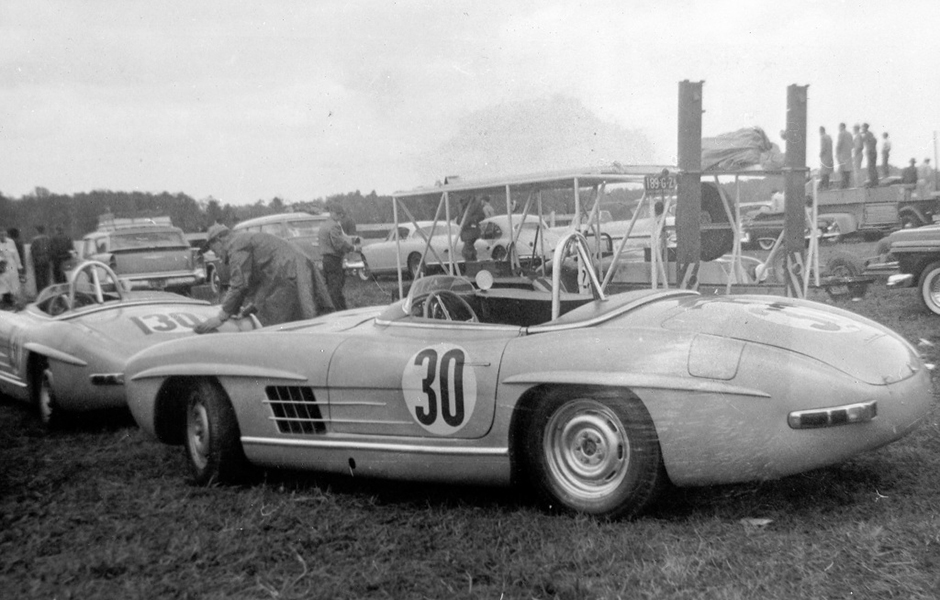 From the Hockenheimring to the USA

The finished touring sports cars were tested on the Hockenheimring in the early days of April 1957. After that, the two vehicles were transported by ship to New York on 12 April 1957. In the USA, they were looked after by a service engineer from Stuttgart called Victor R. Gross. On 1 May 1957, he informed Mercedes-Benz racing manager Alfred Neubauer that both vehicles had arrived safe and sound along with all the parts, including five aluminium engines. For final running-in and to familiarise Paul O’Shea with the new racing car, Mercedes-Benz rented the Lime Park track in Connecticut. Already on these practice runs in the 300 SLS, O’Shea set times that were under those of the competing Jaguars. “The car was not fully driven to the limit on this occasion,” reported Victor R. Gross, visibly satisfied, to Stuttgart.

Third title in succession for O’Shea

O’Shea competed in a total of 22 races that season. The first took place on 18 and 19 May 1957 in Cumberland (Maryland), while the last was on 16 and 17 November 1957 in Riverside (California). O’Shea won the championship in the “D modified” category with 11,400 points. He also recorded the highest number of points by any driver in the 1957 S.C.C.A. championship and was voted US sports car champion for the third time in a row by the North American motor sport media. It was the third time in S.C.C.A. history that this title had gone to the same driver three times in succession. 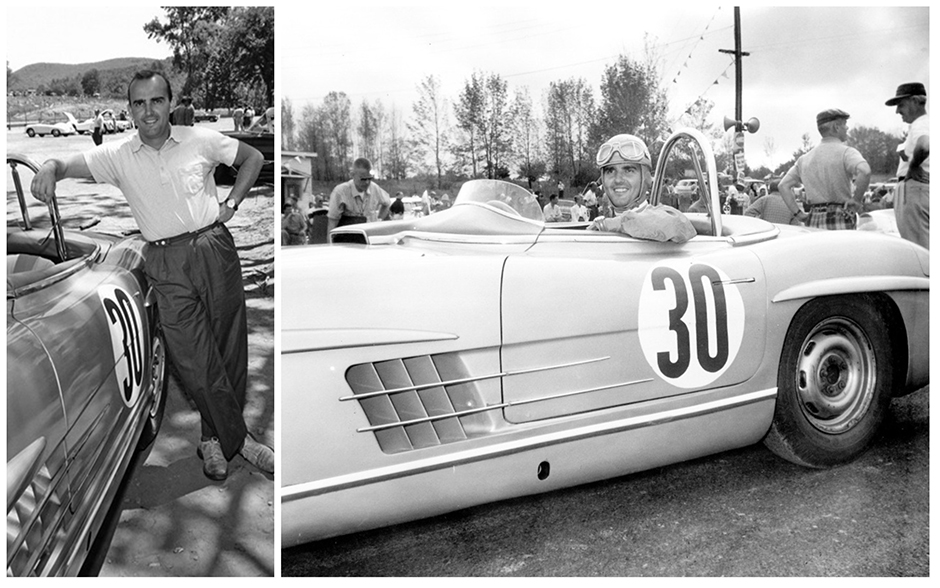