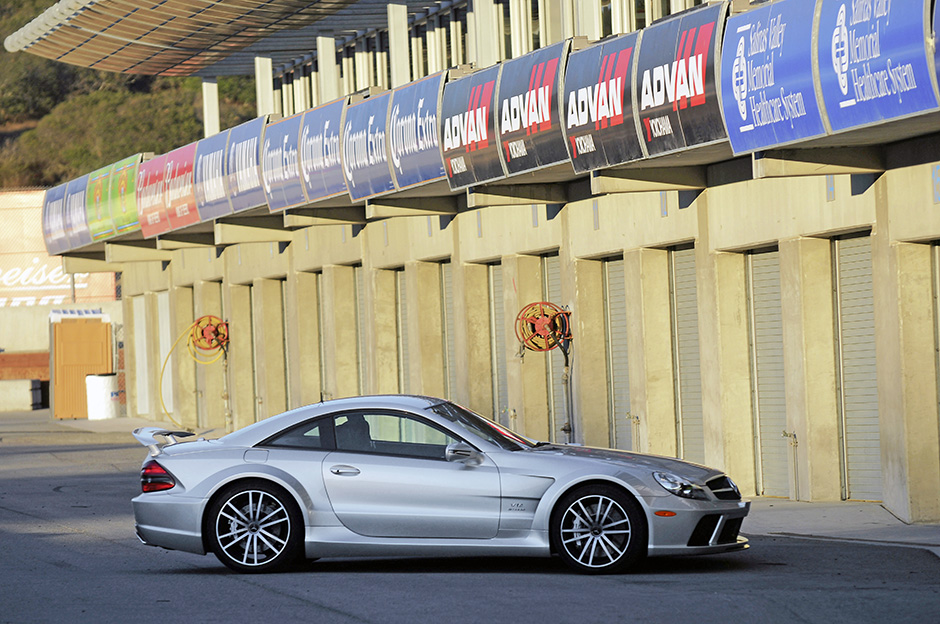 With the passing of one Mercedes-Benz supercar, another arises from the bowels of Affalterbach. September 2008 marks the end of SLR production (editor’s note: SLR production extended to late 2009) and will just about coincide with the initial production of the next 200 mph street car from AMG, the SL65 Black Series.

AMG’s CLK63 Black Series began this program a few years ago to lukewarm response from North American buyers in spite of only 350 units being constructed. The new R230 chassis based V-12 edition should find eager buyers with only 200 allocated for North America. While we’ve had a general idea of the shape of the car via camouflaged images of it being thrashed around the Nurburgring, speculation regarding engine specification centered around an uprated 6.3 liter unit. Most pundits – including myself – were wrong as AMG decided to shoot for the moon with an uprated SL65 twin-turbo V-12 unit. They hit their mark, eclipsing the SLR’s supercharged V-8 output with a massive 661hp.

This is a fixed roof SL. In the interest of weight reduction, the retractable roof and attendant hardware have been replaced by a carbon fiber roof with integral roll-over bar. This modification combined with a number of body panels constructed in Carbon Fiber result in a massive weight reduction of 551 lbs compared to the standard SL65. The new track calibrated suspension system does away the ABC (Active Body Control) system and works through the largest set of rear tires ever installed on a Mercedes-Benz street car, 325/30 ZR20s! 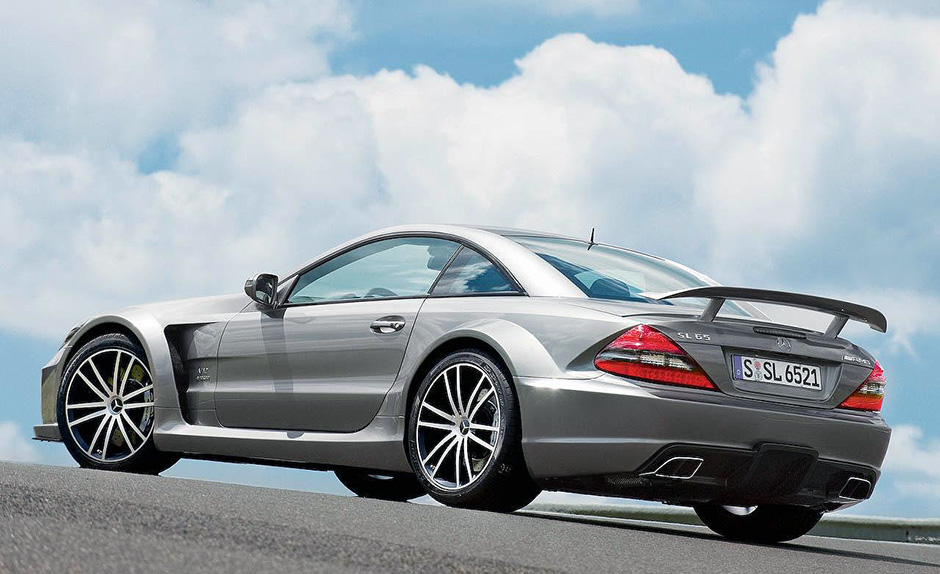