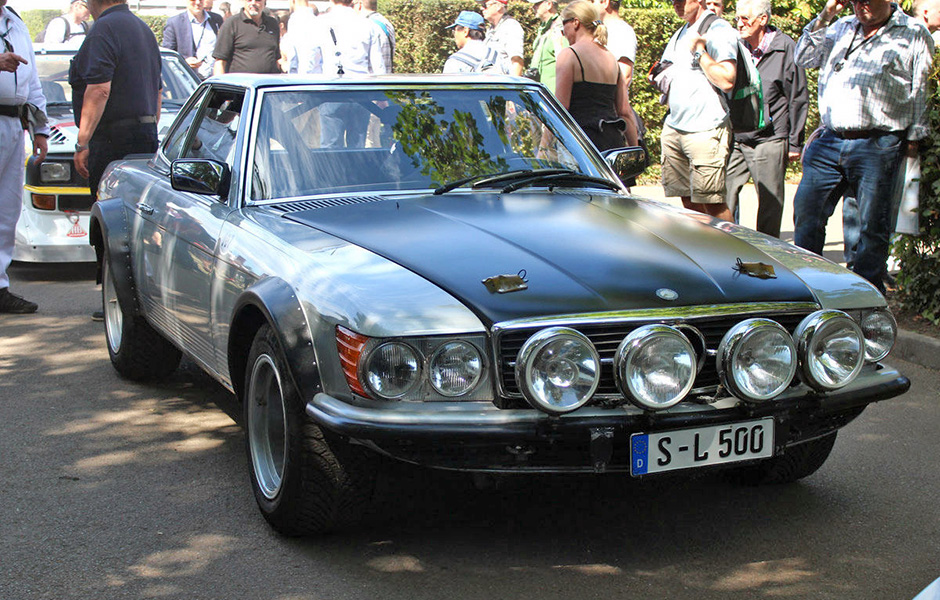 Former DTM star Roland Asch awaits the green light for a run up the hill at Goodwood House in the one and only Factory 500SL rally car. It would come to tears at the notorious Molcombe bend.

The corner is referred to as “Molecombe” and it’s a section of tarmac on the grounds of Goodwood House, the grand home of Lord March in West Sussex, England. Lord March is a serious gearhead with exceptional taste in…well, essentially everything.

But he’s particularly keen on classic motor racing. So much so that each July he invites a few hundred extraordinary vintage race cars and their pilots to his Festival of Speed. Some manufacturers dust off their iconic competition cars and send them over to the Lord’s vast estate to be flogged up the 1.16 mile course by guest drivers.

An invite to drive something is coveted but acceptance has it risks, not the least of which is negotiating the tricky, blind, and off-camber Molecombe corner. As part of its celebration of 120 years of motorsport, Mercedes-Benz Classic sent over a dozen or so of its competition cars for runs up Goodwood House’s drive. Think of that: Mercedes has been competing in motor sport for 120 years. Impressive.

To be fair, Asch’s grass/hay cutting adventure paled in comparison to subsequent huge Molecombe offs by other competitors.

During an early run up the hill, Asch got it seriously wrong on the approach to Molecombe and flew the 320 hp SL off the road, side swiping a few sizable straw bales before nosing the car firmly into the hay wall. He stepped out of the newly wrinkled SL and probably wondered about the wisdom of accepting the invite from his previous employers.

MB Museum director, Michael Bock, was unfazed and had his boys straighten (most) of the damage and Asch redeemed himself with some presentable drifts in the bellowing 107 later in the event. To be fair, Asch’s grass/hay cutting adventure paled in comparison to subsequent huge Molecombe offs by other competitors. Have a look at our frame by frame slide show of Asch’s grass skating antics below. 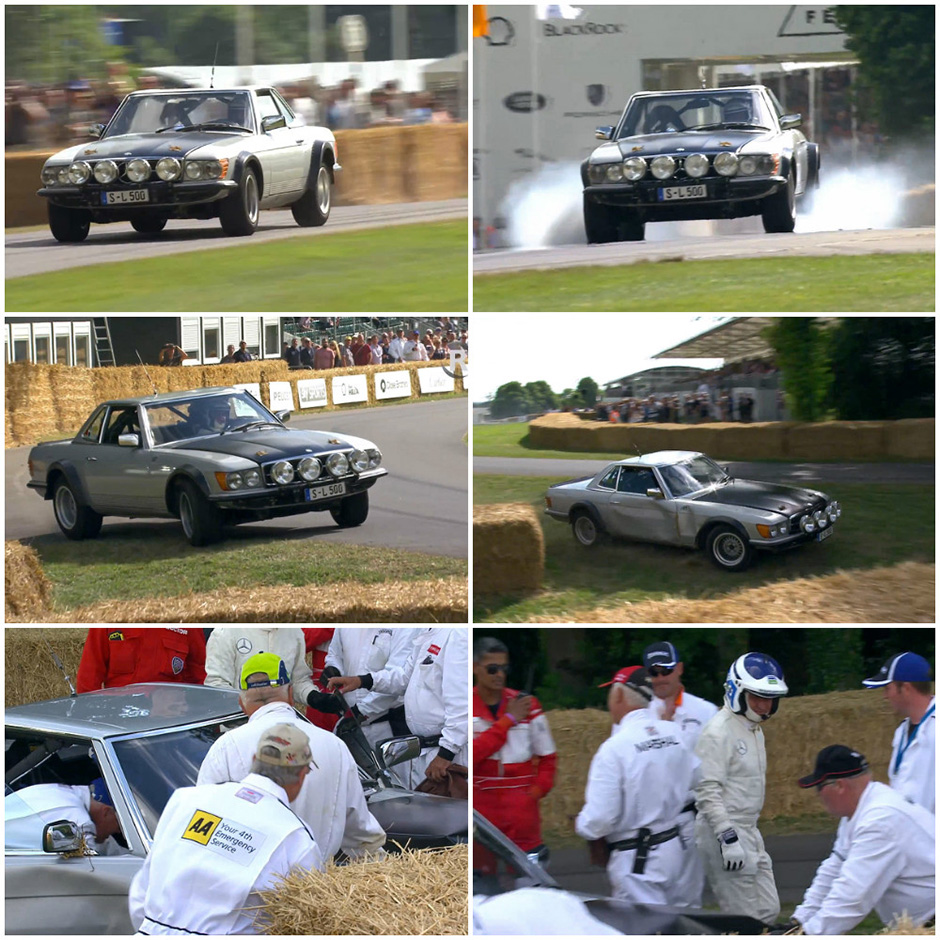 Asch is on a flyer and attacks the tricky Molcombe bend with a vengeance only to realize he’s headed off the road. In an instant he’s on full damage control locking the wheels and desperately trying to keep the 1 of 1 Rally 500SL off the bales. It’s all in vain as he plows the SL into the hay. Once out of the car he casts a rueful look at the crunched SL.