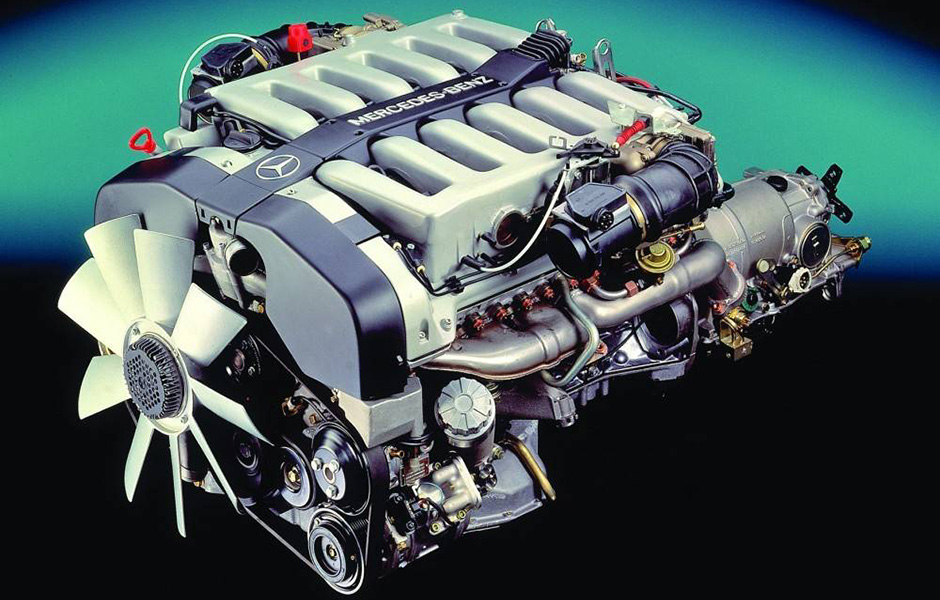 The range topping V12 option that began in 1993 with the introduction of the silky smooth 6 liter V12 600SL and 600SEL will end when the next generation ‘S’ Class is introduced in 2020. In a recent interview with Motor Trend magazine AMG head Tobias Moers mentioned “Eventually, the 12-cylinder engine will be phased out at AMG. At the top of our lineup, we will follow another path.”

That other path will likely be a derivative of the hybrid powertrain consisting of a 4.0-liter twin-turbo V8 and an electric motor at the rear axle that was fitted in the AMG 4 -door concept car shown at the Geneva show earlier this year. This ‘EQ Power’ system’s total output was noted at a substantial 805 HP. However, Maybach models will continue to receive the twin-turbo V12s for their 650 series cars for the foreseeable future. 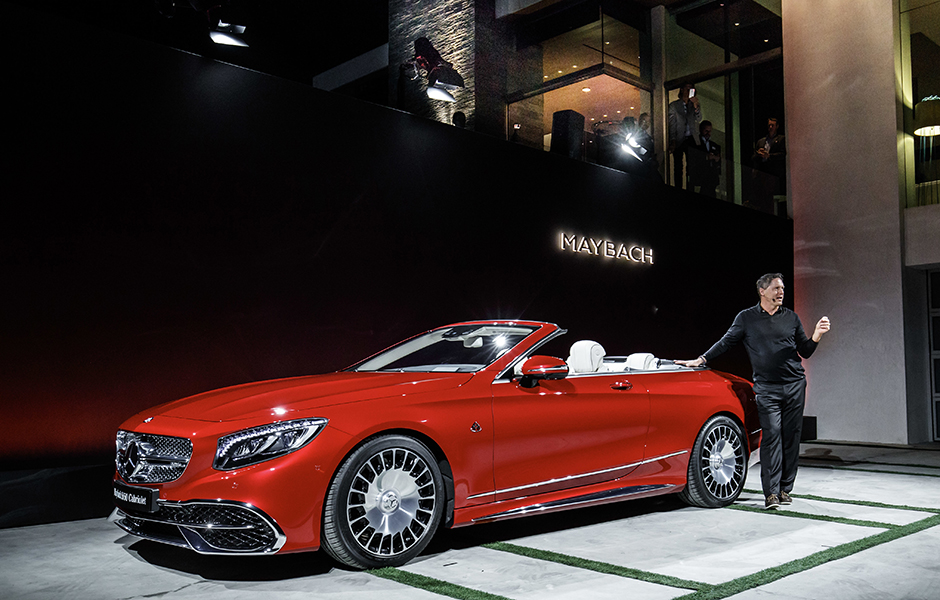 Gorden Wagener, Chief Design Officer, Daimler AG, explains the nuances of the gorgous Mercedes-Maybach S 650 Cabriolet in 2016. While V12 powerplants will be phased out of the general Mercedes/AMG lineup, the ultra premium Maybach brand will continue to be powered by the twin turbo 6.5 liter V12.

V12s over the years

I’ve always described the driving sensation of MB’s 48 valve V12s to clients as being akin to riding a 400 HP magic carpet, whether it be an SL, a coupe or a long wheelbase sedan. And in the case of the later AMG S65s, the magic carpet produced 600+ HP. Typically, a potential buyer would fall in love with one of my V12s during a test drive only to fall out of love with the car immediately after speaking to his/her Mercedes mechanic. Buyers were either absolutely committed to a V12 or aghast at the potential technical risks. There seemed to be no grey area in a buyer’s mind.

But in the ’90s, the other V12 sports roadster/coupe alternatives offered even higher potential servicing costs. The $10k 10,000 mile ‘belt service’ on a ’97 Ferrari 550 Maranello comes to mind. Relatively speaking, MB’s V12s in the ’90s were in fact fairly inexpensive to operate.

The V12 experience, whether via a young classic or a contemporary model, has never been entirely about the drivetrain. A V12 owner was and is always cossetted in an interior featuring additional hand stitched hides and surrounded with additional wood veneers and sundry other refinements. I always felt like the titan of industry who reveled at the unabashed excess a Mercedes V12 offered while silently whooshing down the road in one of my young classic V12s. In fact, I just sent a flawless 2001 SL600 with only 18k miles on the clock off to its new owner in Texas. Fabulous car.

Values for exceptional early cars are bound to rise once the ‘twelves’ leave MB’s lineup. So, sophisticated hybrid technology will lead the power race at Mercedes-Benz but will MB’s elite clients truly feel far enough above the motoring mortals without the silent whoosh of a V12 under foot? 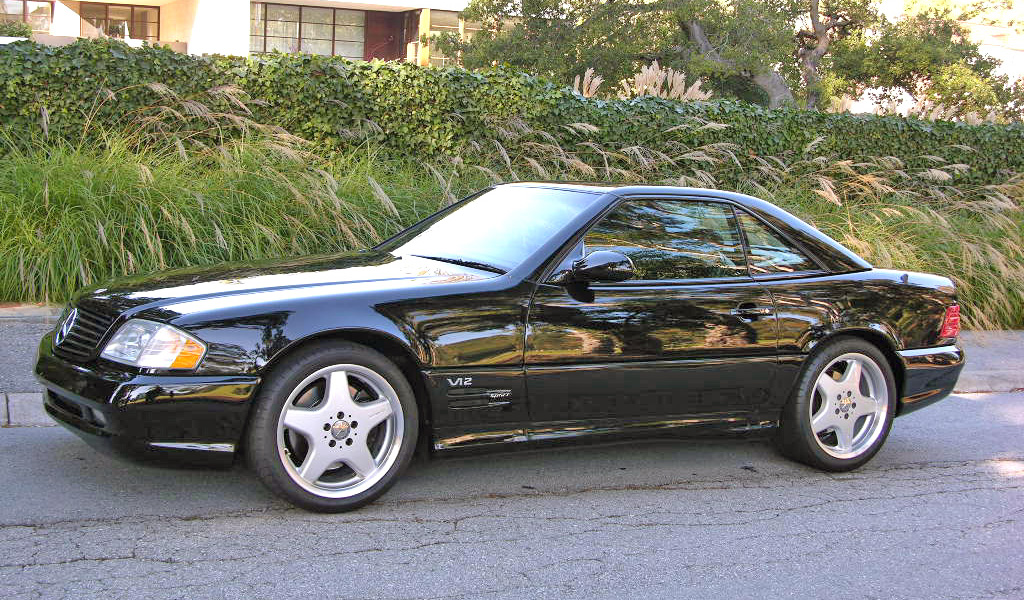 The 48 valve 6 liter V12 debuted in 1993 in the US as was available in both the R129 SLs and the W140 series sedans. This 2000 SL600 represented the epitome of refined, luxurious roadster touring of that era. The V12 experience always came at a price however: MSRP was $128k and depreciation was precipitous.

Photo Essay: The V12 Mercedes-Benz over the years